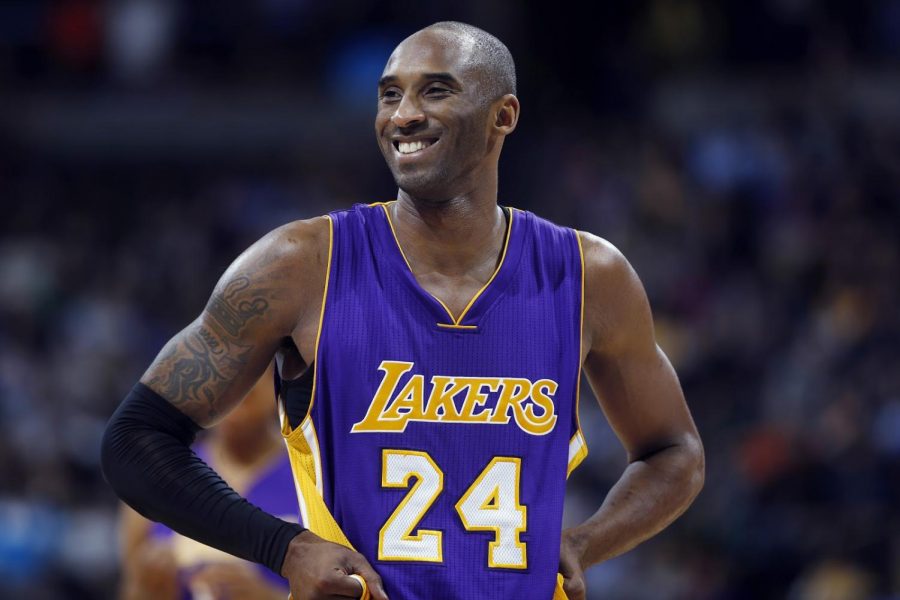 Although it’s already been three weeks since the tragic nightmare occurred, I still haven’t woken up from this horrific dream. It seemed like yesterday I interacted with you when throwing a plastic bottle toward the recycle bin while yelling “Kobe” or biting my shirt to emulate the moments when you bit your jersey in the clutch.

Your absence remains surreal not only to the citizens of Los Angeles but all your fans across the world; from star athletes you had exclusive, personal relationships with to random outsiders like me who reached you through television monitors and highlights on YouTube. Your impact was much bigger than basketball: the Mamba Mentality was a global phenomenon that could be applied to every facet of life, and the number of lives your knowledge touched is unquantifiable.

I remember incessantly watching videos about stories of your draft night, the big move by then Lakers General Manager Jerry West to trade Vlade Divac, one of the more dominant centers at the time, for an 18-year-old kid from Lower Merion High School in Philadelphia. Because of your instantaneous rise to stardom in the basketball world by becoming the youngest player to ever start in a professional game, you set a new standard in the National Basketball Association and forever changed the complexion of the league, as star players like LeBron James and Dwight Howard followed your footsteps in becoming draft-eligible players straight out of high school.

Your blunt and obstinate personality you established since the beginning of your quest to become the best to ever play basketball turned eyes toward your fiery passion and commitment in becoming legendary, captivating and encouraging the younger generation to pick up basketballs and chase your excellence.

Of course, who could forget your dominance with Shaquille O’ Neal. The endless feuds between two future Hall of Famers ultimately produced a three-peat dynasty that hasn’t been replicated within the past two decades, an elite standard only achieved by greats such as Michael Jordan and Scottie Pippen in the modern basketball era. Your dynamic duo with O’ Neal reminded all of us of the old Showtime Lakers, bringing back the winning culture to Los Angeles and offering flashy highlights hinting at signs of greatness along the road.

But you persisted to exceed your already established greatness. While carrying the Lakers organization for another decade following O’Neal’s departure, you scored 81 points in a game (the second highest in league history), made first team All-NBA for eight consecutive seasons and carried the Lakers to back-to-back championships in 2009 and 2010. The footprints you made in the NBA history books left indelible marks and will never be forgotten.

“I want to die young. I want to be immortalized.” These are the words you once told to Tracy McGrady, explaining how you desired this after having a better career than Michael Jordan. Well, I won’t be the only one believing that you accomplished this feat, and I hope you rest easy up in the heavens with Gianna. Rest in peace, Kobe.