Playing on a higher note 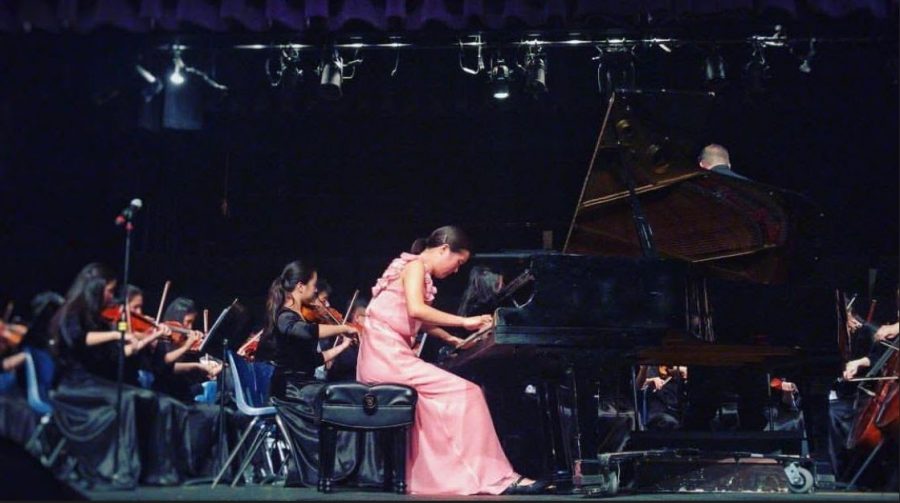 The National YoungArts Foundation is a program that offers creative and professional development in various forms of visual and performing arts.

Suh and Shi were both 2020 National YoungArts Foundation Honorable Mention winners in classical music and piano, an award which represents only the top 9.5 percent of applicants.

The program will start in a few months and offers YoungArts applicants lessons and master classes at UCLA and the opportunity to perform chamber with other winners.

Along with winning the YoungArts award, Shi was also selected along with 20 other competitors worldwide to compete at the Hilton Head International Piano Competition in March.

“I think [the piano competition] is a really good opportunity for me because when I submitted my videos I didn’t really think that I was going to make it,” Shi said. “I knew a lot of people were going to try out for the competition but since I made it, I think that these few months I need to really practice.”

Shi was introduced to the piano by his parents at age five.

“I always moved around so [my parents] thought the piano was a good way for me to practice my focus,” Shi said. “After my first lesson I really liked the piano and then I just started playing it which brought me here today.”

Shi also said he believes that playing the piano is a good way to express himself to others; however, he does not plan on pursuing in music as a career.

“I think that piano is a really good way for me to communicate with many other people but I think that music wouldn’t be the best career for me but it would definitely be a good minor or double major in college,” Shi said. “After I get a job and start working, piano would be a really great hobby for me.”

Meanwhile, Suh was motivated to play the piano after being inspired by her mother’s interest in music.

“My mom really had a passion for music, and I remember her telling me how she really wanted to learn, but her parents could not afford even the cheapest musical education,” Suh said. “She wanted to give me what she loved and she bought an upright piano ten years before I was born so I started on that.”

Suh passed up on the chance  to participate in the YoungArts program because it didn’t  fit with her schedule.

“I wasn’t going to apply and I was just thinking about not applying and doing it next year,” Suh said. “But then I had a [musical piece] that was almost ready and that was the Prelude 1964 by Olivier Messiaen so I thought ‘why not learn it quickly’ so I got one lesson on it and then just recorded it and sent it and I was really surprised that I have gotten in.”

However, she shares her mother’s love for music and plans on pursuing it as a career.

“What’s interesting is when people say ‘oh do you think [a music career] is gonna be worth it and you’re probably not going to make a lot of money,’” Suh said. “The way I see it, even though I might not make as much money, I’m doing what I love.”