Making a statement with pronouns 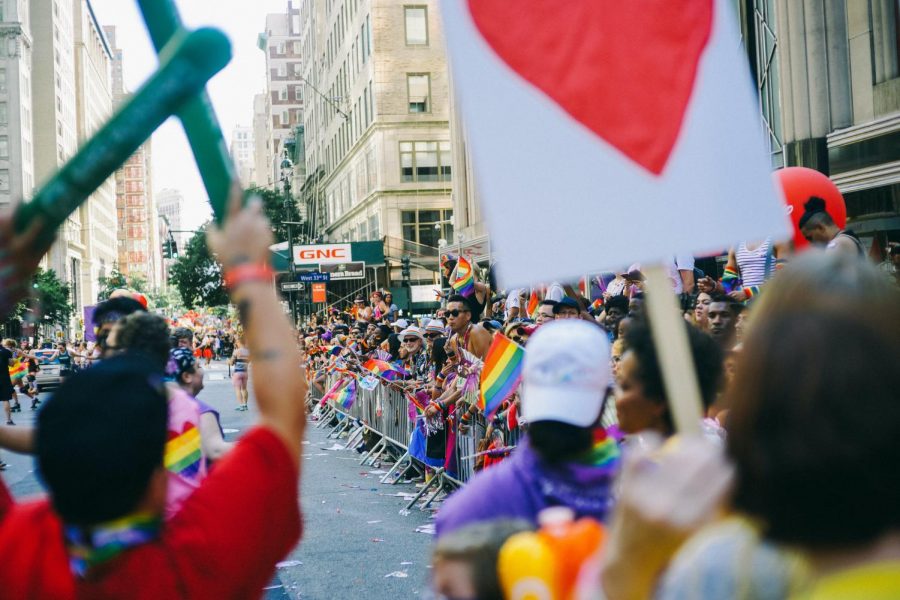 Instead, our founding fathers, much like the strong influences of Christianity within the country, put the cisgendered, heterosexual white man at the top of the food chain, and, from there, Western society has been built on the idea that those who don’t conform to their assigned gender at birth should be excluded. Today, younger generations have started redefining this social construct that has repressed us from the start.

Rather than denouncing those that fall short of what has traditionally been “socially acceptable,” society has slowly begun to embrace every facet of the individual, including one’s gender and sexuality. The end goal is to deter gender roles from being imposed on future generations which can assist in the trans community’s fight for equality.

From birth, most are taught that physical appearance or personal preferences define an individual’s gender identity. It may’ve been as simple as your peers stating that boys should like blue and girls should like pink, to adults expressing that women should stay home to attend household needs while men should work and provide for their families.

It is gender-based stereotypes like these that plague not only our generation, but also the ones that came before us. Now, society as a whole must learn to leave these toxic clichés in the past.

Many argue that sex and gender are synonymous with one another. Oftentimes, this dispute is sparked due to generational differences as the definition for each word has been clarified over time. Scientifically, sex is the biological characteristics an individual is born with. Conversely, gender refers to the social and cultural differences between individuals–not biological ones. Simply put: one’s gender is, in no way, as simple as black or white.

To escape the conclusions on one’s gender that we’ve been taught to draw from appearance, many have taken to introducing themselves with their preferred pronouns. But what makes adding this seemingly insignificant addition so important?

To put it simply, specifying one’s gender upon introduction helps to not only show support for the trans community, but also counteract the gender stereotypes that have been deeply rooted in each of our minds.

The trans community includes those who identify as nonbinary, genderqueer, agender and more, alongside indivudals who have transititoned from male to female or female to male. This community has faced the most backlash and hate despite, historically, being one of the most supportive communities for minorities.

The first step for many trans individuals is using their preferred pronouns since transitioning is a lengthy and costly process. Nonbinary individuals are commonly misgendered due to their preference for gender neutral pronouns.

Therefore, specifying one’s pronouns is nothing short of an act of respect toward a community that continues to be targeted even today. Cisgender individuals who do not wish to support the cause are insulting this community and actively hindering societal development.

As trivial as the integration of personal pronouns in casual conversation may seem, it plays a key role in determining our future. By taking this small step, we can help pave the path toward a more progressive and accepting society.