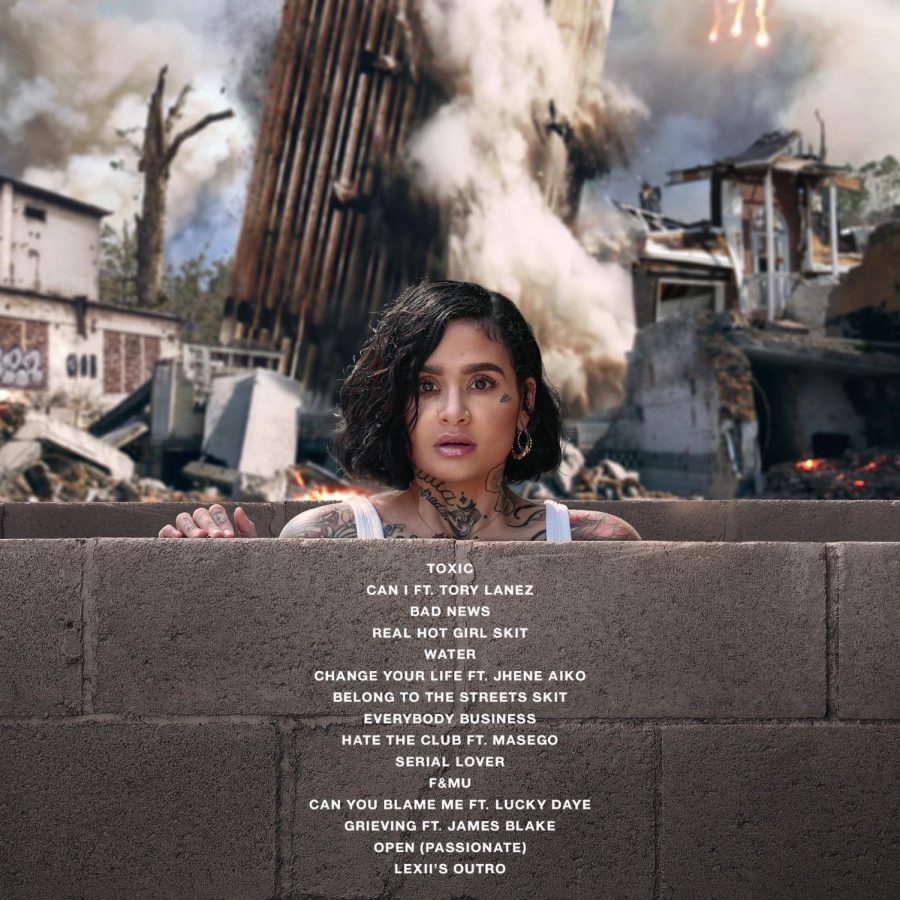 A mesh of modern pop and old-school R&B, Kehlani’s sophomore album “It Was Good Until It Wasn’t” is perhaps her most intimate one. Released last month, this collection is filled with a variety of songs that incorporate both upbeat and mellow musical styles of R&B.

Of the 15 songs, five are collaborations with other R&B and hip hop artists, ranging from the hypnotic vocals of Jhene Aiko to the resonant rapping of Masego and Tory Lanez.

Scattered throughout the album are 30-second snippets of Kehlani’s commentary on love and the public, adding a unique aspect to her album. Tied together with her storytelling, this album portrays romance, with all its ups and downs like a rollercoaster, in a conversational yet meaningful manner.

Opening the album with a dark tone that grows more apparent in later songs, “Toxic” tells the story of a reluctant relationship through the sounds of modern R&B music. Having a similar message but with a more playful tone, “F&MU,” featured later in the album, showcases Kehlani’s songwriting talents through the unique wordplay she is known for with attention-drawing lines and carefully-placed beat drops.

With a vibe reminiscent of Kehlani’s usual style, “Bad News” addresses what it feels like to fall for someone. One of my favorites of the collection, it has everything that a R&B song should: captivating music, lyrics and beats.

In “Can I” and “Can You Blame Me” she sings about the more playful side of relationships. Both tracks are collaborations with other artists, with the songs starting off fragmented but slowly transitioning into a storyline about the pushes and pulls of a no-strings-attached type of relationship. Despite being set in more gloomy tones, the lyrics have a romantic manner rather than a demeaning one.

With a different perspective but similar musical style to the previous songs, “Serial Love” embraces the idea of being single and uncommitted, something Kehlani is known for.

In collaboration with Jhene Aiko, “Change Your Life” incorporates a variety of beats set to well-balanced harmonies and compelling lyrics that makes it another one of the more notable songs of the album. While carrying a similar message to “Can I” and “Can You Blame Me,” the harmonious voices of Jhene Aiko and Kehlani add an extra element that puts it over the top.

Providing a balance to the album is “Grieving.” Featuring the vocals of James Blake and in a gloomier tone, it emphasizes Kehlani’s belief that some relationships are destined to fail.

Released prior to the album’s release, “Everybody Business” offers a unique sound and meaningful lyrics, making it my favorite. Written as a message to society, Kehlani expresses the difficulty of maintaining a relationship that is exploited as gossip for the public.

Playing on the desire in a relationship are “Water,” “Hate The Club” and “Open.” As similar as the songs may be lyrically, the acoustic base of the first song is not seen in the other two, which have more musical production. Almost as if in a conversation to a friend, the songs explain how complicated it is to be attracted to someone.

Adding a modern twist to her traditional sounds, “It Was Good Until It Wasn’t” shows just how far Kehlani has come from her first album.