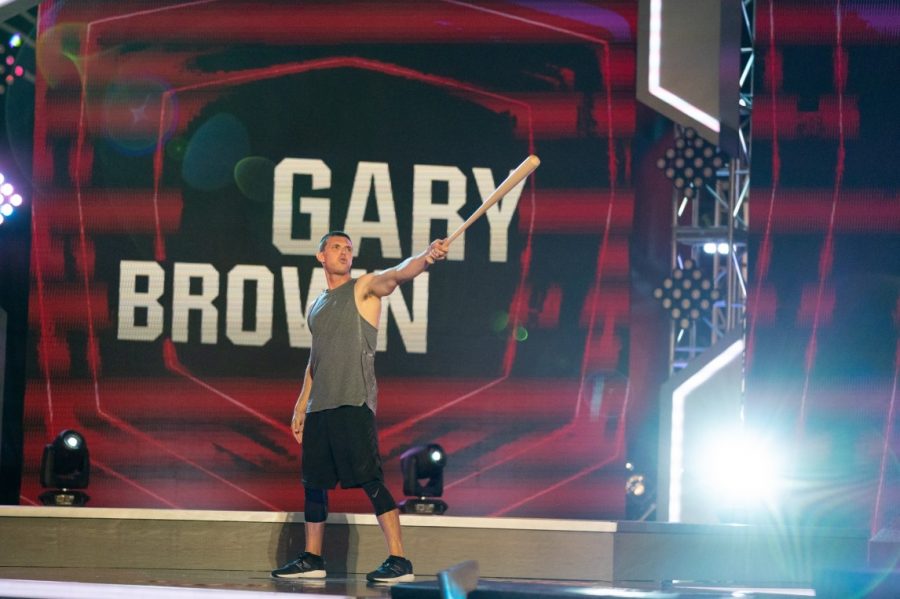 Competing in professional sports is an impressive feat in its own right, but following his retirement, former MLB player and Diamond Bar High School alumnus Gary Brown added yet another achievement to his athletic career.
Brown, a class of 2007 DBHS graduate, recently competed on the competition TV show “American Ninja Warrior,” in which competitors climb a notoriously difficult obstacle course. Before his experience in the televised competition, Brown played professional baseball from 2010 to 2017, including a few games in the majors for the San Francisco Giants.
“When I was young I was always into sports,” Brown said. “I just always enjoyed sports and team sports in general and the comradery with your teammates.”
When he began his career as a high school athlete, Brown initially intended to play football, baseball and soccer. However, due to injuries, he had to sit out for a majority of his freshman year.
“I thought I did very well [at DBHS] in sports,” Brown said. “I quit football the next year, then played soccer and baseball the next two years and only baseball in my senior year. I enjoyed being part of DBHS sports and the legacy that it was.”
After his success at DBHS, Brown attended Cal State Fullerton, where he played All-American Baseball and was drafted by San Francisco in the first round of the 2010 draft. After playing for various organizations, he chose to retire because of injuries and a desire to spend more time with his family.
Earlier this year, Brown decided he wanted to compete on “American Ninja Warrior,” giving him a goal to work toward. He and his wife worked together to make an entry video, in which he had to show off his physical prowess and accomplishments, as well as his personality.
In “American Ninja Warrior,” competitors attempt to complete obstacle courses, and those who make it the farthest with the fastest times move on in the competition. These courses usually involve using strength and balance to move from one object to another, clearing a pool of water. For example, one obstacle involved running along a bridge of egg-shaped platforms which spun.
“My experiences with ‘American Ninja Warrior’ were awesome, obviously it was a little unusual due to coronavirus,” Brown said. “We had a bubble sort of thing as well as a lot of Covid tests, masks and social distancing.”
Brown competed around the end of June but the season did not start airing until early September. The episode featuring Brown aired on Sept. 25.
Brown did not make it past the qualifiers of the competition, partly due to the much harsher cut-off to make it to the semifinals because of COVID-19. He made it to the second to last obstacle in the qualifying course.
Sports continue to be a big part of Brown’s life as he works as a baseball scout.