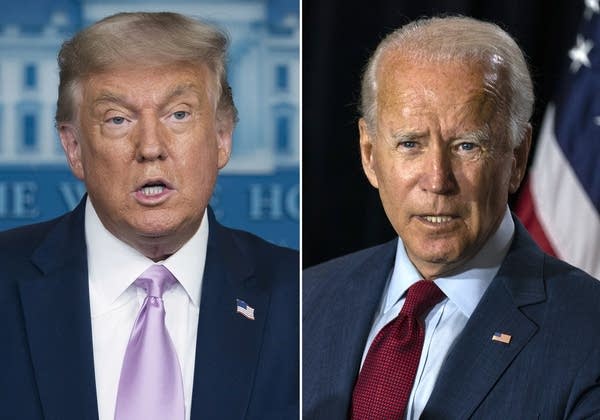 If his handling of the pandemic and his response to the protests following the unjust death of George Floyd weren’t enough to demonstrate to the American public that he isn’t fit to lead the country, then President Trump’s conduct during the first presidential debate of the 2020 election certainly should be.

On Sept. 29, Trump and former Vice President Biden faced off against each other in what was more of a debacle than a debate.

The President of the United States actually refused to denounce white supremacists and despite this, not only continues to hold office, but stands a fighting chance at reelection. Should he continue to remain in office, there is no doubt that this nation will regress to a state of immense racial division.

Aside from his address to white supremacist group ‘The Proud Boys’ to “stand back and stand by,” there were other moments of the debate that made it clear that Trump is unfit to remain in office.

His main strategy throughout the debate seemed to be to minimize Biden’s speaking time as much as possible, probably to prevent potential voters from learning Biden’s actual policy positions. He interrupted Biden more than 100 times in the span of just 90 minutes, while also talking over the moderator and ignoring his pleas to wait his turn to speak. Such an attitude would be unthinkable at an international conference.

Additionally, Trump dodged many of the most contentious questions of the debate. He would not address leaked reports that he only paid $750 in taxes in 2017, only claiming he paid millions of dollars in income taxes, which has yet to be proven. When the issue of systemic racism came up, he refused to acknowledge that it was an issue–or that it even exists.

President Trump also urged his supporters to “go to the polls and watch very, very carefully,” which is illegal unless you’re an approved poll watcher, and denied the moderator’s question of whether he would tell his supporters to remain calm while the results of the election were being counted.

By not discouraging civil unrest during the wait for votes to be tallied and casting doubt on the election’s integrity, Trump encourages the very rioting he condemned in an earlier debate segment. Not only is this contradictory, but also extremely irresponsible as he endangers the health and safety of the general public, especially considering the ongoing pandemic.

Following the results of the first presidential debate, it should be clear that President Trump will do whatever it takes to push his agenda, whether that be disregarding many of the most pressing issues in the nation or encouraging violence.

A second debate will not be held because Trump has contracted the coronavirus and a third debate has yet to be scheduled.