Cleaner or dirtier than you’d think 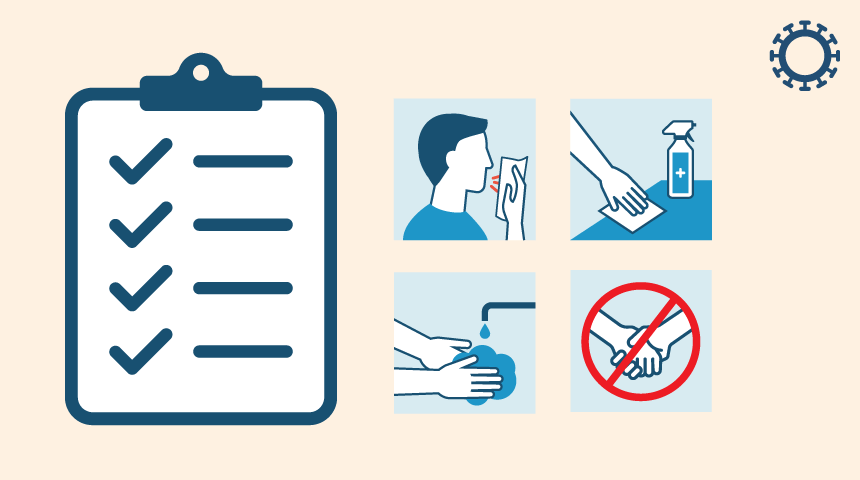 In the current pandemic, personal hygiene has skyrocketed to the top of our priorities. Knowing when and where we’re most vulnerable to germs has never been more useful. However it’s important to know where we might be spending too much time and energy cleaning while possibly ignoring places that harbor bacteria and viruses.

Things that aren’t as dirty as you’d think

Although coins are exchanged and touched by thousands of people, they’re a rather hostile environment for bacteria, says the Association of Public Health Laboratories. In fact, metals used to mint coins like copper and nickel have antimicrobial properties, meaning that when in direct contact, they deter microorganisms from growing. Additionally, coins rarely carry ideal conditions for bacteria to thrive: warm, moist environments.

Dog kisses can be messy but in most cases, they don’t pose any health risk. Multiple studies have shown that children  living in households with dogs have stronger immune systems than those who don’t. Researchers like Dr Jack Gilbert, Director of the Microbiome Centre at the University of Chicago, attribute this to a wider variety of microorganisms–most of them harmless or beneficial–that are added to a house when a dog is present. As long as your dog is healthy and groomed, its bacteria is less likely to make you sick than bacteria coming from cats, turtles or frogs.

Similar to coins, door handles can get a bad rep because of how often they’re touched. In most instances, however, the lack of heat and moisture as well as the handle’s metal surface makes it hard for bacteria to survive. Not only that but since many doors in public areas are propped open, they’re touched less often than you’d think, says Dr. Charles Gerba from the University of Arizona. Something to keep in mind, however: the handle on a restroom exit is usually much cleaner than the entrance as people wash their hands before touching it.

In most cases, water from the toilet tank (but not the bowl) is safe to drink: it comes straight from your water pipes. Even so, studies from NSF International have shown that the average sink carries more E. Coli bacteria than the toilet bowl after you’ve flushed. Most people tend to perceive the toilet as especially dirty so they end up cleaning it more often while other common objects pass unnoticed. A note of precaution: flush with the toilet lid down to prevent fecal bacteria from spreading through the air.

Things that have more bacteria than you’d think

Cutting boards on average contain up to 200 times more bacteria than a toilet seat. The

primary vehicle for deadly germs like salmonella and E. Coli is raw meat; most people

don’t realize it can catch fecal bacteria by coming into contact with an animal’s internal organs. On top of that, grooves and scratches from kitchen knives create the perfect hiding spot for microbes, says the U.S. Food Safety and Inspection Service. A kitchen’s warm and moist environment only helps them thrive. Make sure to thoroughly wash and dry cutting boards after every use.

In 2015, a study from the American Society for Microbiology revealed that half of all toothbrushes, no matter how they’re stored, carry fecal bacteria. The main culprit? Every time you flush the toilet, microbes are sprayed through the room and remain airborne long enough to settle on surfaces around the bathroom. Some people may prefer to sanitize their toothbrushes with UV rays, but simply storing them in a cabinet or equipping them with toothbrush head covers goes a long way to keeping it clean.

Smelling fresh laundry may bring a sense of cleanliness but its appearance can be deceiving. Clothing tends to be a hotspot for–you guessed it–fecal bacteria to accumulate, especially underwear and pants, according to Dr. Philip Tierno from New York University. Unless you’re using bleach or the hottest water settings for every load, some of the bacteria can survive despite your clothes looking newly washed.