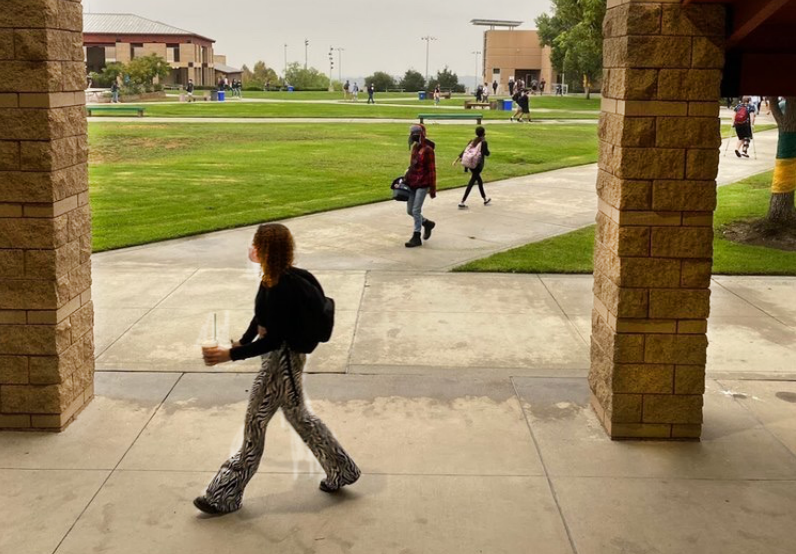 While Diamond Bar High School may end up finishing  the final semester of the school year virtually, many other schools in California have already reopened their campuses.

On Aug. 28, Governor Gavin Newsom released a color-coded county tracking system to assist state monitors in determining which schools would be permitted to resume in-person instruction. The chart includes four tiers: purple, red, orange and yellow, with purple being the highest risk level and yellow the lowest. Although it is recommended that districts in the purple tier continue distance learning, schools that had previously dropped into a lower risk category and resumed on-campus learning are allowed to remain open if their county is moved back to the purple tier.

Such was the case for Brea Olinda High School, a public school in Brea, just six miles from DBHS, but located in Orange County, which resumed in-person instruction on October 1.

According to school publication The Wildcat Newspaper, the school initially allowed only sports on campus so that student athletes could meet up for outdoor practices while following regulations implemented by both the school district and the CDC. Finally on Oct. 19 all BOHS students were welcomed back to school.

Since reinstating campus life, BOHS has adopted new social distancing guidelines to ensure the safety of all staff and students.

To prevent the spread of disease, mask-wearing has been made mandatory and desk shields have been provided for each student. Additionally, cleaning periods used to disinfect desks were implemented between classes.

Upon reopening, students were given the option to pursue hybrid or distance learning for the remainder of the school year. Those who chose to return to campus were divided into cohorts A and B, where the former attends school on Mondays and Thursdays and the latter on Tuesdays and Fridays. Both groups start school at 7:05 a.m. and end at 2 p.m.

For Mater Dei High School, located in Santa Ana, the hybrid schedule works a bit differently. Instead of dividing the school into cohorts that alternate attending school for certain days of the week, half of the school attends class from 8 a.m. to 11:10 a.m. while the other half goes from 12:10 p.m. to 3 p.m. In addition, the school has adopted a block schedule.

“So, every Monday and Thursday we have blocks three, five and seven and every Tuesday and Friday we have blocks two, three and six,” Mater Dei senior Curran Nielsen said via Instagram. “I have seven classes, but only attend five in person.”

Nielsen explained that it was challenging for students to remain socially distanced from one another, but that the faculty has been enforcing social distancing guidelines to the best of their ability.

“I think that the reopening has helped a lot with how students are learning but I know it really hasn’t helped the senior morale because of how different this year is from what we were expecting our last year of high school to be like,” she said. “It’s helped us grow a relationship with our teachers in a way that being entirely remote couldn’t do and gives us that human interaction that we need. While this year isn’t what I was expecting it to be I’m so thankful that I can at least be on campus and that Mater Dei is doing everything it can to still give us a school experience while staying safe.”