Cakepops for a cause 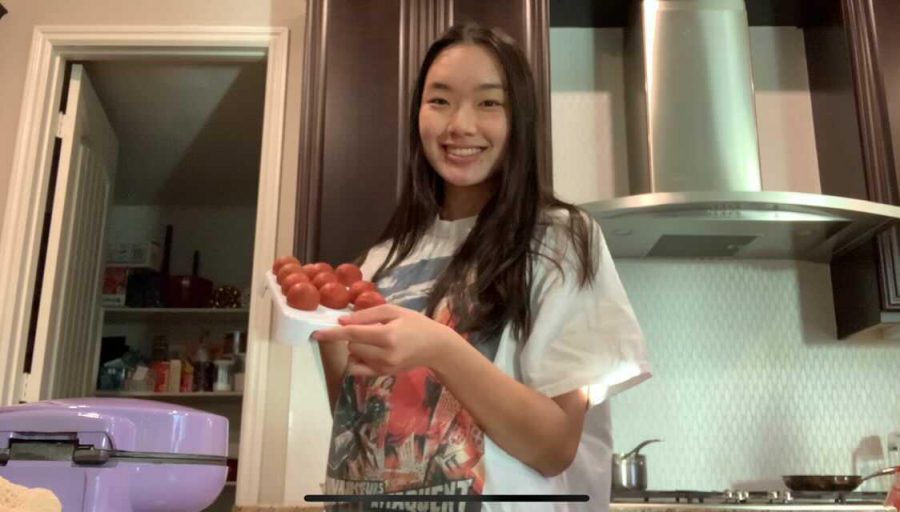 While many charitable groups donate food and clothes to those in need, Diamond Bar High School senior Phoebe Chu has chosen a different commodity to give: period products. While these are unconventional items to donate, they are greatly needed by women who cannot afford them.

Chu began selling cake pops in August 2020 to raise money for purchasing period products, such as tampons and pads, and then donate them to local homeless shelters. According to Chu, cake pops seemed like an appealing product, and something many people would want to purchase.

The inspiration for the project came from a YouTube video from the channel Jubilee, which discussed the issue of “Period Poverty.” This term is used to define the lack of menstrual products for women who cannot afford them or are unable to obtain them.

“Period poverty is an important issue because periods are such a taboo and there’s a negative stigma that surrounds it,” Chu said. “I want to be a part of the change in normalizing conversation about periods because it is such an amazing thing that women have to go through.”

This problem inspired  Chu to create an Instagram, @endingperiodpoverty, where she makes posts informing people about period poverty and promotes fundraisers as well as petitions for the cause. Chu recently held a Machi Tea Bar fundraiser with the DBHS club Girl Up in late October, and 15 percent of all of the proceeds were used to purchase menstrual products to donate. This social media platform is also where she receives orders for her cake pops which she sells at the price of two for $5.

“I want to bring awareness to this issue because people don’t realize how expensive these products actually are, and how in some states they’re actually taxed as “luxury products,” Chu said. “They’re really not a luxury but a necessity.”

The process of making the cake pops consists of making cake batter and pouring the mixture into a cake pop maker. Then Chu places the cakes on sticks and coats them with melted candy melts, putting sprinkles on afterward. The final step is to package each cake pop individually. Chu sells three different flavors: chocolate, vanilla and red velvet. She also coated them in a variety of candy melt colors: pink, green, white, yellow and orange.

“The most challenging part was baking the cake pops,” Chu said. “It was very time consuming and took many hours each weekend.”

All of the proceeds from the sale of cake pops are used to buy period products. So far, Chu has raised over $650 selling the baked goods to family, friends and Instagram customers. The products were then donated to the Foothill Family Shelter, a transitional facility that helps homeless adults and children.

“My favorite part was donating the products in the end at the family shelter, it was super rewarding and I felt glad I could help those around,” Chu said.

In the future, Chu sees herself continuing this project and hopes to donate to the New Hope Shelters along with the Foothill Family Shelter. She said she also plans to have a holiday cookie sale to raise even more money for the cause. As of now, Chu doesn’t have a lot of options when it comes to fundraisers due to COVID, but wants to hold drop-off drives and additional bake sales soon.