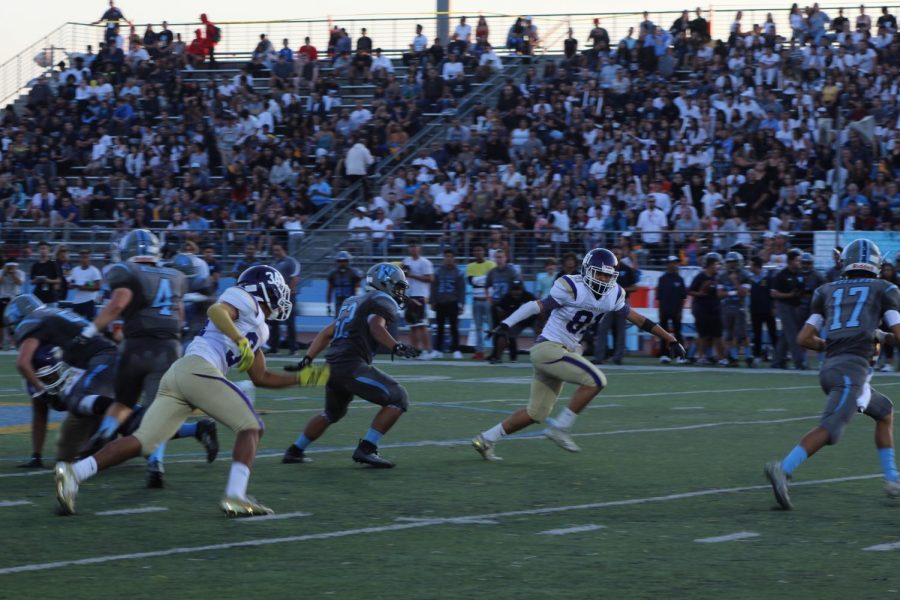 Branding Iron, the annual football game between long-time rivals Diamond Bar High School and Walnut High School that has occurred unfailingly for the last 34 years, has been postponed  due to the COVID-19 pandemic.

This historic tradition began in 1986, four years after Walnut Valley Unified School District split the high school student body between Walnut High School and the newly-built Diamond Bar High School. The Branding Iron football game has remained an emblem of the inter-school rivalry since then, drawing forth more school spirit from each side than any other event. After last year’s 34-14 win, the Brahmas hold a 19-15 game lead over the Mustangs in the series.

“Walnut [High School] has been there a long time, and when Diamond Bar opened up and they started playing [football], it made sense to have a cross town rivalry game,” head football coach Jeff Reitz said via a Zoom call.

Athletics Director Albert Lim said  via email that it will be harder to show our “Brahma spirit” due to the absence of the event. He also mentioned that students will be missing an exciting opportunity to connect with each other.

“The Branding Iron isn’t necessarily about football, it’s an event that brings the community together to celebrate as we move into the next school year,” Lim said.

Lim said that since the Branding Iron game first began, the football program has grown in both schools, and so have the traditions associated with each. Such traditions are also present in general school activities, such as the DBHS Rodeo Round-Up and Walnut’s Chuck Wagon.

“These events are celebrations that bring students, staff and parents together through food and entertainment,” said Lim. “By Friday, it’s a big school pep rally and everyone gets into it.”

A majority of the students who go to DBHS or WHS went to middle school with students who now go to a rival high school, so many have friends on the other side of the field. Reitz said that Branding Iron should never feel like a harsh competition nor be played with disdain. Instead, he explained that it should represent a fun rivalry between schools.

“I have played two Branding Irons, the first year we barely lost, and then the next year we won and performed super well,” Reitz recounted. “This year we’ve been put in the same league as Walnut so now we might have to play for the play-off spot.”

Reitz explained that because this year’s game will have  higher stakes–if it’s played–that will make it all the more exciting. He also said that he and his athletes are training hard for when they get the chance to play again.