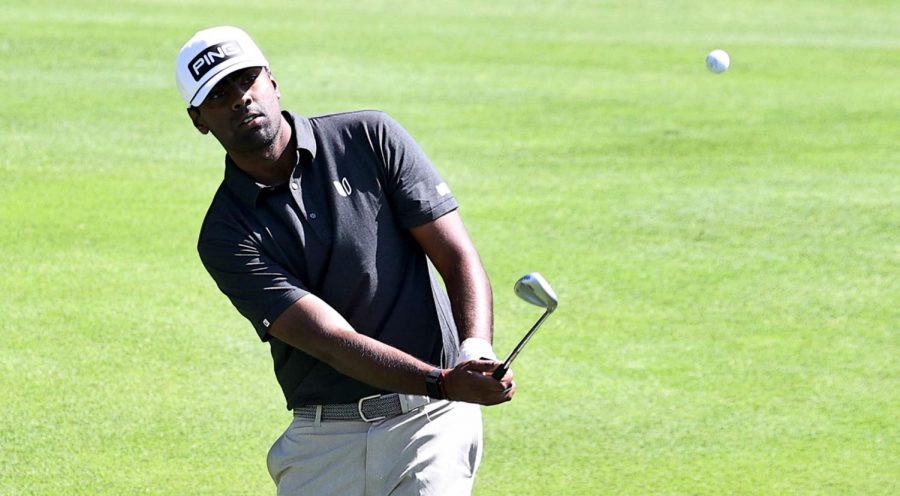 Theegala made his professional debut at the Travelers Championship in Connecticut during late June, but missed the cut by four strokes as he shot even par over two rounds. In July, he failed to make the cut in his next two tournaments, the Rocket Mortgage Classic in Detroit and the 3M Open in Minnesota.

Despite these setbacks, he was successful at Napa’s Safeway Open in September, placing tied for 14th after he finished at 15 under par for the tournament over four rounds.

Theegala also competed at the Sanderson Farms Championship in early October and shot one under par over two rounds, but it was not enough to make the cut.

“I don’t want to sound cocky or anything, but I’m playing to win,” Theegala told The New York Times last month. “It’s not like I’m just playing to make the cut or anything like that. If you’re not trying to win, what are you doing?”

Prior to going professional in June, Theegala was among the top amateur golfers in the country.  Although he missed what was supposed to be his senior season at Pepperdine due to a wrist injury, he redshirted and came back better than ever.

Theegala became Pepperdine’s first National Player of the Year after winning all three national player of the year awards (Fred Haskins Award, Ben Hogan Award and Jack Nicklaus Award) in his redshirt senior year. Theegala was rated No. 1 in men’s college golf n by both Golfstat and Golfweek/Sagarin. The three-time NCAA All-American set the school’s single-season scoring record at 69.04 during his redshirt senior year, which was cut short due to the COVID-19 pandemic. In his four playing seasons, he improved his scoring average each season, ending with the best average (70.61) in Pepperdine history.

Along with his college accomplishments, Theegala qualified for the PGA Tour’s 2017 Genesis Open after winning a Collegiate Showcase event. He finished tied for 49th, the best finish for an amateur in the Genesis since 1988. He won the 2019 SCGA Amateur Championship in Los Angeles and went on to win the Australian Master of the Amateurs in January 2020.

The former DBHS golfer received a full scholarship to Pepperdine in 2014 after dominating the junior and amateur golf scene. Theegala played four years on varsity and was also on the All-Sierra League first team all four years. He was named the League MVP and the San Gabriel Valley Tribune’s Area Player of the Year as a junior. Outside of high school, the young golfer won the 2014 Los Angeles City Championship, 2014 Coronado City Championship and the 2015 Orange County Championship.

“The first two to three years I want to see how well I play against the other juniors and if I’m good enough I definitely want to try to go professional,” Theegala said in 2014, when he was a senior at DBHS.

Fast forward to the present, and it’s clear that Theegala’s hard work from the beginning of his golf career has brought him to achieve his goal.