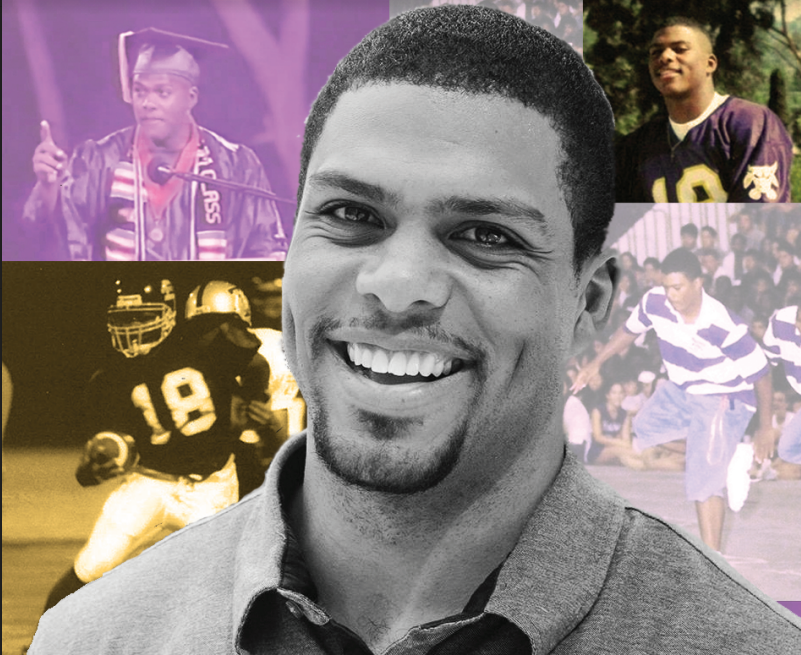 Nine years ago, Diamond Bar High School alumnus Jason Wright retired from the NFL as a part-time player. Now he’s back in the league as the first African American team president in league history.

The 38-year-old was hired by the Washington Football Team, which recently dropped its longtime nickname, Redskins,  due to mounting pressure over the name’s racist overtones. By hiring Wright, the team is taking another step toward equality within the world of  football. He will also become the youngest team president in league history.

“The transformation of the Washington Football Team is happening across all aspects of the organization — from football to operations to branding to culture — and will make us a truly modern and aspirational franchise,” Wright told NBC. “We want to set new standards for the NFL.”

In addition to the team’s recent struggles on the field, the Washington Post reported this summer that former employees alleged being sexually harassed while working for the organization. An investigation is underway.

As president, Wright is in charge of the business side of the franchise, which includes marketing and sales. Although he is new to this position, Wright said that he is already looking forward to establishing a “new identity” for the team.

“You know, we’re getting ready to establish a new identity,” Wright said to CBS shortly after his promotion. “That’s going to inform the way that we impact the world.”

After graduating from Northwestern University, Wright was signed as an undrafted player by the San Francisco 49ers. He went on to play with the Atlanta Falcons, Cleveland Browns and Arizona Cardinals before he decided to retire from professional football in 2011.

In addition to his experience as a football player, Wright is also well-versed in the world of business. After leaving the football scene, Wright earned his MBA in operations and finance at the University of Chicago Booth School of Business. This led to his employment as a partner at McKinsey & Company, a New York City-based management consulting firm, where he worked until he was offered his current position..

“The fact that I happen to be Black and the most qualified person is a boost,” Wright told TMZ.

During his time at DBHS, Wright played varsity football and track. He graduated from high school in 2000. Before graduating he helped the Brahmas win both the 1998 and 1999 championships. In the 1999 championship, he claimed the CIFSS Division II title.

The DBHS coach at the time, Terry Roche, commented on Wright’s success.

“Jason was always an A-plus kid,” Roche told the San Gabriel Valley Tribune. “It’s all a credit to his parents and family.”

He then went on to play football at Northwestern University as a running back where he was co-MVP of the 2003 Motor City Bowl. He ended his college career with 32 touchdowns on 487 carries as well as 577 yards and two touchdowns on 54 receptions. He was also the fourth all-time leading scorer at Northwestern, with a total of 210 points.