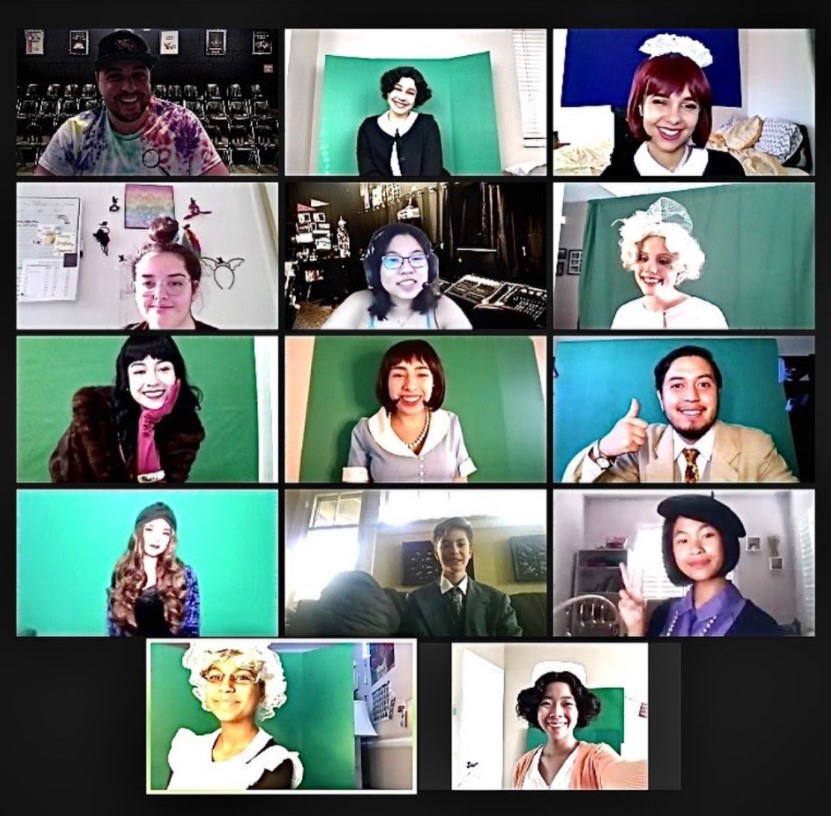 To keep its annual tradition of hosting a Fall Production alive, this month the Diamond Bar High School Drama Department will alter its usual format by releasing their first ever virtual production, “Get A Clue.”
“Get A Clue,” a murder mystery play modeled after the board game Clue, focuses on eight characters who are all invited to an ominous dinner party with a chance to put an end to their financial difficulties. Just like previous years, there will be two featured casts, the purple and gold cast, whose performances will be broadcasted on their specific days.
“I thought this [play] would be a great opportunity for something in this style. The play also fit really well with planning virtually, and gave me many ideas on how we could do it!” Drama teacher Jared Kaitz said via email.
Because the department had not yet delved into the logistics of filming its productions in previous years, Kaitz dedicated most of his summer to learning video editing and planning for a virtual show. He said that countless hours were spent learning how to edit video, create virtual “stages” and fix technical issues prior to the start of rehearsals.
The sets are green screens, which every cast member has stationed at home and will be used to emulate actual backdrops with the help of stagecraft designer sophomore Vera Wang. Other tools performers will use to enhance the quality of their production include ring lights, tripods and cameras. Costumes were taken care of by Kaitz, who designed the clothes, wigs and props.
“Normally, we are able to have fittings, alterations, measurements, etc, but in the virtual setting we had to go based off of answers on a form. Students picked them up during a drive through pickup, where everything was boxed and bagged, labeled with their names,” Kaitz said.
Due to strict regulations, the department isn’t allowed to meet in-person to film the play, so they must resort to taping the production on Zoom.
“Having a theater production in this format is kind of awkward, since most of us aren’t used to having to stay in one spot during a show. Our cameras can only show a window of our set, so we can’t move or express ourselves as much as we are used to,” freshman Angelina Tesoro said via Instagram.
During the production, the cast members will be arranged in a particular format on Zoom. This is so that when viewers watch the play, it will appear as though the actors are addressing each other. Cast members must memorize the arrangement so they know where to look when performing dialogue with other characters.
Other potential challenges of recording online are sudden technical issues. Actors’ microphones sometimes cut off mid-scene while taping, and unstable internet connections may delay the cast’s filming schedule.
“This has been a learning process for all of us, pushing us all outside of our comfort zones and forcing us to be creative with how we work,” Kaitz said.
One positive aspect of filming the play for performers is the opportunity to gain experience acting on camera rather than acting live.
“I am using this production as a way to improve my on screen acting. Theater is very different from film, and even though I know I love acting, deciding between pursuing theatre or film in the future is a decision I am still considering,” senior Pailey Kao said via Instagram.
The show will be available for viewing on Oct. 23-24, with tickets for access going on sale soon.