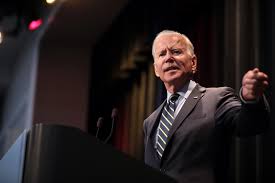 Following the Trump administration’s “America First” policies that tested U.S. relations with its allies and led many countries in Asia to deepen their ties with China, the international community has its eyes on what president-elect Joe Biden’s foreign policy will look like. So far, Biden has tapped establishment nominees for his cabinet that reflect a more interventionist platform. The Democratic party’s progressive wing, however, have criticised these figures, like Michael Morrel and Anthony Blinken for their long-standing ties to the military-industrial complex and support for war in the Middle East. Depending on how Biden chooses to handle demands for more progressive opinions in his foreign policy team, these are my early predictions for which nations in East Asia have the most to gain from Biden’s presidency.

One thing is for sure: Biden won’t threaten to pull out U.S. troops from South Korea on a whim should Korea not increase spending on the troop’s upkeep, as Trump did on numerous occasions. His establishment foreign  policy team recognizes the volatility those types of threats create in the region. Biden, however, won’t be as blindly enthusiastic for President Moon Jae-in’s ambitious North Korea agenda as Trump was (which resulted in flashy headlines but no real progress toward a denuclearization deal). Any multinational projects or displays  of cooperation with Pyongyang probably won’t happen under Biden’s watch without similar promises from North Korea, which may become a roadblock in Moon’s plans depending on whether North Korea decides to behave.

Japan’s longest serving prime minister Shinzo Abe was never truly able to appease Trump, who viewed the U.S.-Japan relation as one-sided. However, now that both countries have new leaders, with Prime Minister Suga Yoshihide replacing Abe back in September, it is likely that we will see a return to more traditional ties between the U.S. and one of its longest-standing Asian alliances.

An end to Trump’s combative approach to China would return quite a few short-term wins for China. Under Biden’s leadership, it is likely that the global economy would stabilize, which is key for China to build up its technological, economic and diplomatic might for any future conflicts that lie ahead. In the long-term, however, Biden’s strategy to strengthen U.S. alliances across Asia and resume a stance of global leadership would undermine the progress China has made toward feigning control over the region during Trump’s erratic isolationism. Biden’s plans to prove America can back up its allies would also serve the U.S. well in any future Cold War maneuvers the two countries might take. Either way, U.S. – China relations are bound to dominate the geopolitical scene in Asia for decades to come; action taken during Biden’s administration should not be taken lightly.

While Trump set precedents as the friendliest leader to Kim Jong-un thus far, all bets are off on how North Korea’s supreme leader will react to Biden. Although Trump failed to establish a peace deal or even ease sanctions, Biden may find success with a combination of tougher demands and a stronger promise to build support in Washington—or he may not. The first few months will be critical to see if Kim decides to provoke the U.S. and its allies, setting the tone for future U.S. – North Korea relations. On a side note, Vice President-elect Kamala Harris has shown support for gradual denuclearization that corresponds with rolled-back sanctions, noting that “simply demanding complete denuclearization is a recipe for failure.”

Taiwan might be put into an even more precarious position (depending on the perspective) with Biden entering office, given that Donald Trump is perhaps the only U.S. president who is unpredictably rash enough to consider military intervention to protect the island from a potential Chinese invasion. The solution is clear; Biden would need to build up diplomatic and economic ties with Taiwan in a classic foreign  policy move that shows U.S. support for Taiwanese security. The problem? I fully doubt that any U.S. administration would go to war with China over Taiwan (again, with the exception of Trump’s) given the heavy consequences of two massive economic and nuclear powers going toe to toe. China’s President Xi has already affirmed commitments to take back the island and could very easily call America’s bluff. Then again, there is always the growing movement for Chinese reunification from Taiwan’s Kuomintang Party. Current President Tsai Ing-wen’s independence-leaning Democratic Progressive Party will have to see if they can hold onto power in Taiwan’s 2024 presidential elections.