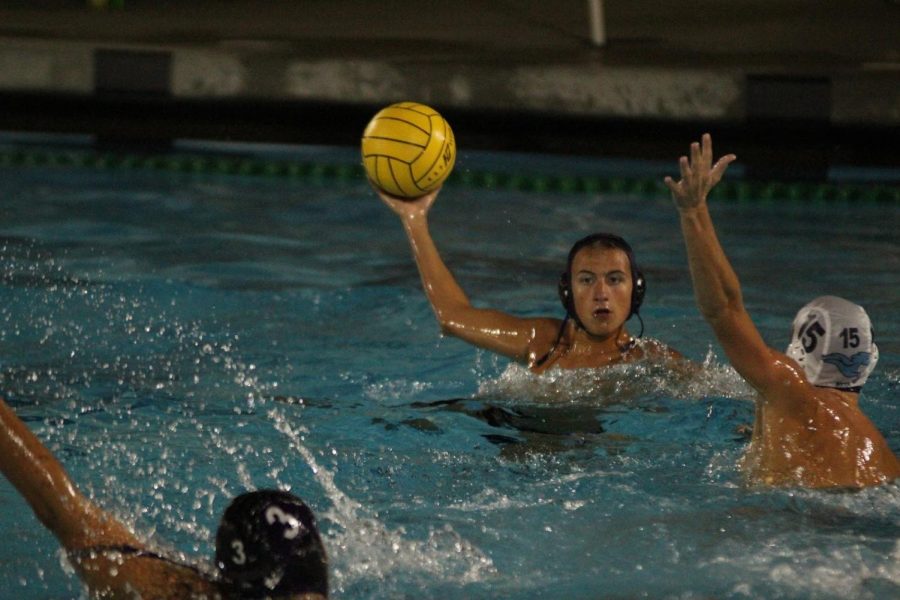 The Diamond Bar High School boys water polo faces uncharted waters as they prepare for the new season without the experience last year’s seniors brought to the team.

“We really knew what we were doing, and we were really strong actually, especially for our league, and it allowed us to go undefeated. We got to CIF and we lost in the quarterfinals by one [point],” said Nick King, one of the senior captains.

The first two matches of this season have not gone well. In the meet against Yorba Linda on Aug. 29, varsity lost by double digits, while last Thursday, the team also lost 17-7 against Walnut High School.

Besides the lack of seasoned players, the team faces another problem. The influx of underclassmen created cohesion issues between teammates, affecting practices as well as overall performance.

“We have a very diverse set of people that don’t really communicate well so I would like to improve on that. If we do that, then we can improve our overall game and how well we’ll do throughout the entire season,” senior captain Daniel Stahly said.

With less experience  and teammates still getting to know each other, the team also is facing tougher competition since moving up one division from last year.

Additionally, Stahly, the team’s main offensive player, is suffering from torn ligaments in his shoulder, which hinder both his swimming and scoring abilities.

“Our goal is to at least get into CIF, beat our division, and maybe win our first round of CIF, but it’s going to be kind of hard with the inexperienced team we have this year,” King said.

Despite these problems, head coach Gary Cheever still anticipates a successful season. He emphasized that various players worked hard over the summer by going to the gym or playing in club water polo for the purpose of preparing for the upcoming season.

“I am expecting to have a great season. Sure, we may run into problems here and there, but we have lots of potential to do great,” Cheever said. “Nick and Daniel are great leaders, and we have many hardworking players, so I have high expectations for this year.”