Traveling abroad with rackets and birdies 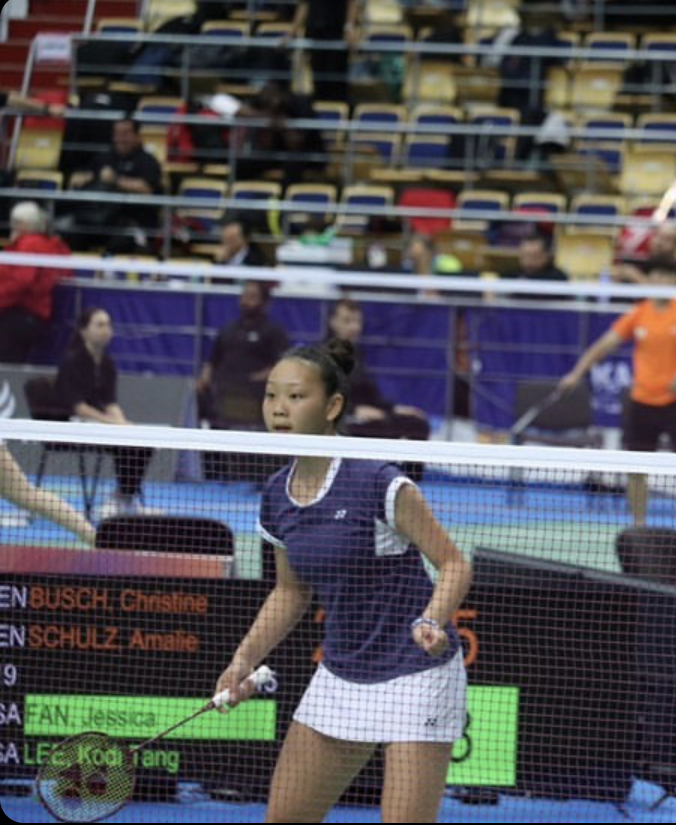 Sophomore Kodi Lee started competing since elementary school and has participated in Junior Olympic competitions in various countries including Russia.

Huddled on the sideline watching in awe as her parents fired a white feathery shuttle at one another, sophomore Kodi Lee never imagined she would one day dominate in nationwide badminton competitions, let alone rank first in the United States junior doubles listing.

Garnering top placements and countless trophies since she began training competitively at the age of nine, Lee played in the World Junior Championships tournament held in Russia last month.

Now, seven years after she picked up the sport, she continues to train at the Global Badminton Academy  and is mentored by Olympic gold medalist Tony Gunawan. Attending sessions with her personal trainer as well as partaking in both group and private practices regularly, she spends an average of five days, or 10 hours a week solely dedicated to strength training.

Lee recently competed in the Pan American Junior Championships in Moncton, Canada, securing two third places for her singles match and placing first in doubles at the Junior Nationals tournaments held in Frisco, Texas. During the summer, Lee contended with top players from across the nation in intensive eliminatory rounds based in Seattle and placed within the top two, granting her a spot to represent the USA in the 2019 World Junior Championships in Russia.

“Playing in the recent World Championships in Russia has been an amazing and unforgettable experience,” Lee said. “I got to meet and become friends with lots of other great players from all over the world and also bond with fellow USA players.”

Lee said she believes that keeping her future goals in mind is key in finding balance within the mayhem of her schedule.

“Occasionally I get unmotivated, but my coaches, parents and myself remind [me] of my future goals and what I strive to achieve,” Lee said. “I always come back better than before, ready to work hard.”

Lee said she  hopes to continue playing badminton after high school and aspires to become  a professional, free-agent badminton player.

“My goal for the future is to go professional and travel from one country to another competing in the highest level,” Lee said. “As for college, I hope to continue to pursue badminton and play for UCLA.”