The minds behind the neuroscience club 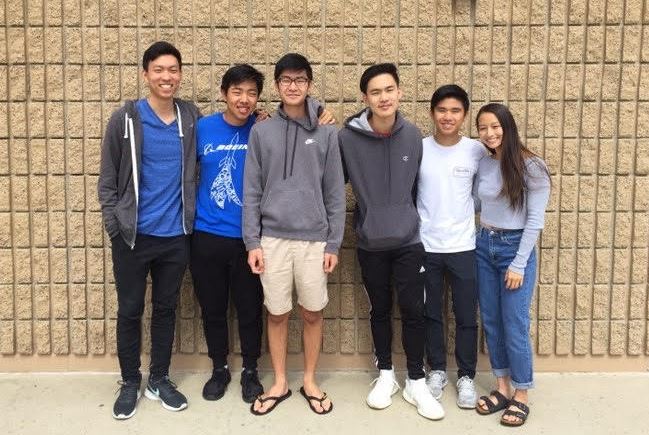 After noticing that there were no extracurricular activities on the Diamond Bar High School campus that satisfied his interests in neurology, senior Brian Lee decided to take matters into his own hands and start a club.

Lee, the Neuroscience club’s president, started the organization last year to offer students  the chance to go over case studies, explore different types of disorders and participate in hands-on activities.

“It wasn’t easy to access resources as a high schooler because it’s mostly a collegiate level course,” Lee said. “I wanted to provide that opportunity for my peers to be exposed [to neuroscience] or to pursue their interests if they’re already interested in neuroscience.”

The first meeting of the school year was held on Sept. 30, during which the officers explained the purpose of their club and went over their plans for the year.

“We did an introduction to what our club will focus on, which is giving high schoolers the opportunity to explore neuroscience, a topic generally only covered in collegiate education and higher,” Lee said. “We explained that we achieve this goal through explaining case studies, looking at specific disorders and hands-on activities.”

One of the methods Lee plans to expose neuroscience to his peers is through the upcoming brain dissection activity planned for the beginning of the second semester.

“We’re planning on doing a brain dissection with the sheep brain and we just have to order it and find supplies on the campus,” Lee said. “That’s sort of just to teach the anatomy and the hands-on sort of way with our club members.”

The process of organizing the sheep brain dissection is complicated, but Lee enjoys the preparation.

“We have to talk to other biology teachers about getting the classroom setup for the dissection and actually learning the dissection myself,” Lee said. “I enjoy helping officers sort of know the process as well.”

“Generally, normal club meetings consist of either case studies, neurodegenerative diseases or any nerve dysfunctions just to educate on the field of neuroscience,” Lee said. “We go over case studies like Phineas Gage, which you might go over in AP Psychology.”

Justin Leung, the club’s vice president, plans to form close relationships between officers and club members to create a friendly and comfortable environment.

“Based on member involvement, we could grow to have a close-knit group of people who all find interest in neuroscience and we also hope to provide interactive experiences for our members throughout the year,” Leung said. “I think we will be able to cater to our members.”