The future of medicine in AI 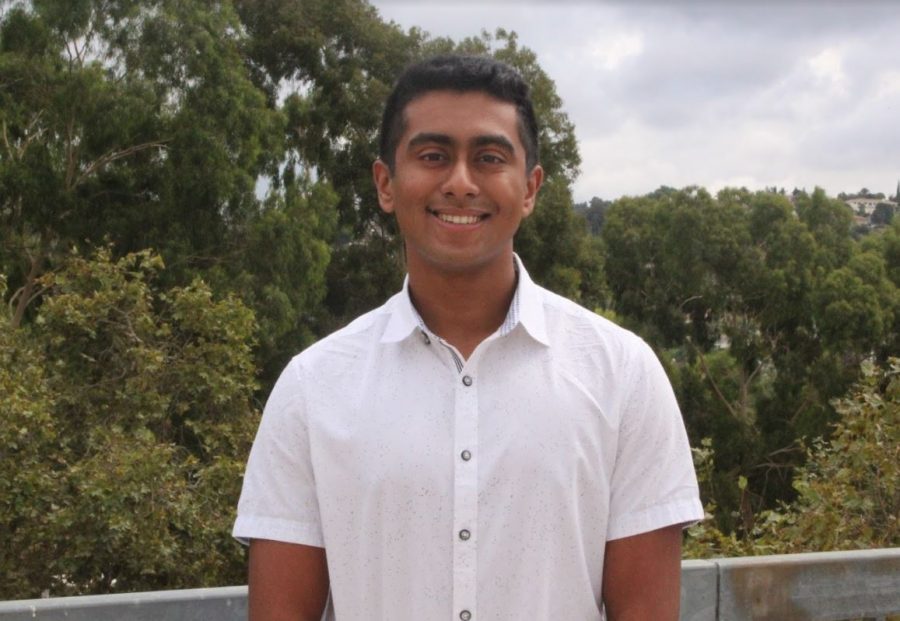 In the hope of creating a healthier and more empathetic world, Diamond Bar High School senior Tom Murickan has been speaking out about the positive impact artificial intelligence could have on the future.

Murickan attended a conference last year, AIMed North America 2018, in which he was selected to discuss how the next generation of doctors need to learn how to utilize AI to help their patients, as it is becoming much more prevalent in medical careers.

“It is the future of medicine,” Murickan said. “A big problem that a lot of doctors are facing is that students are graduating from medical school and they don’t know anything about AI, which is going to be something that factors in heavily to what they’re going to be doing on a day-to-day basis.”

During the conference, he learned about data science and other medical fields, and was also exposed to multiple startups and devices. He met with Olive, a startup that uses robotic process animation to interact with other people at a quicker and accurate pace than humans as well as Cognoa, a digital health company that focuses on detecting developmental delays in children.

Through a summer internship program that focuses on educating students on healthcare, Murickan was able to speak with cardiologist Anthony Chang, a notable figure in regards to sparking the discussion about AI.

Chang invited Murickan and his father, an engineer who was trying to develop his skills in computer science, to attend the AIMed conference. After Murickan listened to Chang speak at the conference, the cardiologist encouraged Murickan to go on stage and talk about AI the following morning.

“I was taken aback,” Murickan said. “I stayed up until one or two in the morning trying to figure out what I was going to say and then I got up on the stage the next morning… and spoke on a panel about the future of AI in medicine.”

Murickan was on a panel with Sean Lane, the CEO of Olive, author and lecturer at Stanford Timothy Chou, Jesse Ehrenfeld of the American Medical Association Board and Steven Small, who is a professor and chair of neurology at UCI.

The CEO of the conference, Freddy White, chose Murickan as Diamond Bar High School’s  ambassador due to the initiative Murickan took for educating people on the importance of AI and the way he was able to efficiently articulate his ideas to an audience; for the past four months he has been enlightening medical students from USC to Harvard about the benefits of implementing AI to their curriculum.

Murickan said he believes that utilizing AI will allow doctors to interact with their patients on a deeper level. He stated that doctors spend a considerable amount of their time filling out paperwork, taking away time that could have been better used to engage with their patients.

“My reason for wanting to go into medicine is to provide healthcare,” Murickan said. “To really care for the patient, not the paperwork.”

Ever since he was young, Murickan said he has dreamt of becoming a doctor. His younger brother was born with an atrial septal defect, which is, essentially, a hole in the two upper chambers of the heart, and Murickan said the motivation to enter the medical field came from watching how the doctors interacted with his brother.

“I’d always witness the team always be super caring and super professional and emphasizing empathy in whatever they do,” Murickan said.

Murickan has family history based around medical professions. His uncle, who is the chief of the National Oncology board, is one of several people who influenced Murickan’s pursuit of medical science.

“He’s treated a lot of patients and done research in the area, so I would always pepper him with a thousand questions,” Murickan said. “He was always super patient and always willing to help me learn about what he does and the tasks he performs on a daily basis.”

During the time he spent doing his internship, he shadowed people of different positions who worked at the Children’s Hospital of Orange County, where he met Chang. He persuaded Murickan to learn how to code and convinced him to engage in discussions regarding AI.

“They placed a big focus on AI and its application to the specific fields,” Murickan said. “I’ve been thinking about becoming a doctor for so many years and I had no idea that this was going to play a big part in me becoming an effective physician.”

The internship gave him an opportunity to work with data science projects. The data included information about infection rates in the hospital along with patient satisfaction in particular places within the hospital. The objective of the project was to apply what you know from the provided material and creating solutions that will benefit your patients.

After interacting with Chang and observing CHOC, Murickan said he realized he wanted to pursue a science-based career specializing in AI. Using the knowledge he’s gained from the past year, Murickan is working toward becoming a physician, specializing in either cardiology or neurology.