Taming cancer on the job

After discovering that he had skin cancer, John Martin is now cautious of sun's effects. 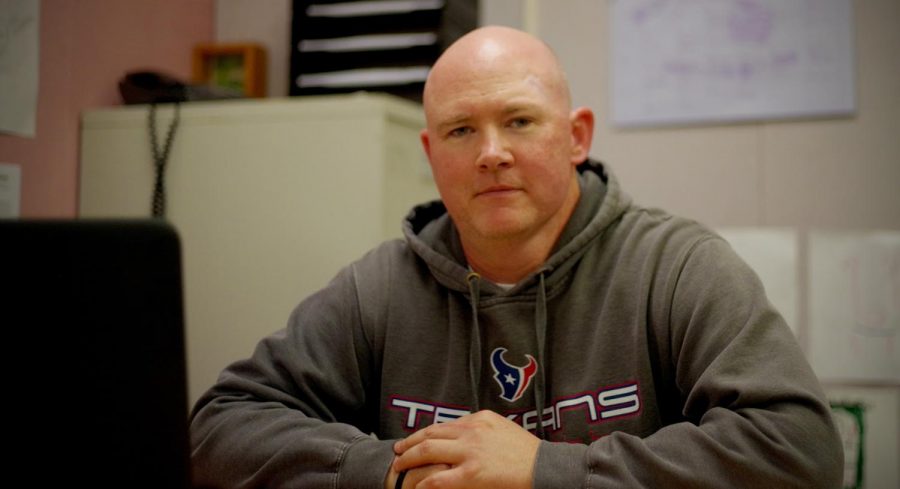 Despite the recurrence of a peculiar spot on his right temple, it took Diamond Bar High School health teacher and basketball coach John Martin about four years to seek medical help for what he would later discover to be skin cancer.

“I didn’t know what it was,” Martin said.  “It looked like a pimple, so I would just scratch it off and it would just keep coming back.”

Martin said he categorized the unordinary spot as a blemish and continued to ignore it for about four years.

After his wife convinced him to see a doctor, Martin said he was referred to a dermatologist who performed a biopsy. Results came back positive for skin cancer. Martin had surgery on the spot in hopes of removing the malignant cells. However, this was just the beginning of Martin’s struggles with cancer.

“A few months later [in 2015] I noticed the spot coming back so I had it checked out again, and they realized it was tumor now,” Martin said.

After extracting of the attached tumor, he began radiation treatment. For six months he would go in for about 45 to 60 seconds of radiation, “zapping” the affected area.

Even though Martin had been attending treatment for his tumor, doctors later discovered he had an inflamed lymph node. Martin underwent surgery once again, during which they confirmed the current state of his skin cancer. While the disease had not spread further, he would now have to endure longer sessions of radiation—30 to 40 minutes Monday through Friday for six weeks.

“It burns you inside and out. The inside of my cheek and tongue was sore from biting down on it, I couldn’t open my mouth, I couldn’t eat,” he said.

The effects of cancer on his life has led Martin to be more cautious in daily life and start taking preventative measures.

“Now I’ve got to watch my kids when they’re out in the sun, I have to make sure they’re protected and [are] wearing sunblock,” he said.

When going out, Martin often wears long sleeves and long pants that cover him from the sun as well as sunblock.

His doctor recommends he only go outside for a number of minutes, which means he is no longer coaches outdoor sports, specifically football, which is one of his passions.

“I can’t coach because I can’t go outside, and it’s going to be at least three years before I [can] even think about going outside.” Martin said. But he continues to coach indoors, for girls basketball.

February 2021 will be the last time Martin has to attend a follow up test, and if all comes back clear, he will be able to spend more times in the outdoors, cancer free.

Though he said it has stripped him of his energy and taken a toll on his health, Martin continues to spread awareness and maintains as healthy a lifestyle as he can. If there is one thing he learned from this experience, Martin said, it would be to “wear sunblock.”