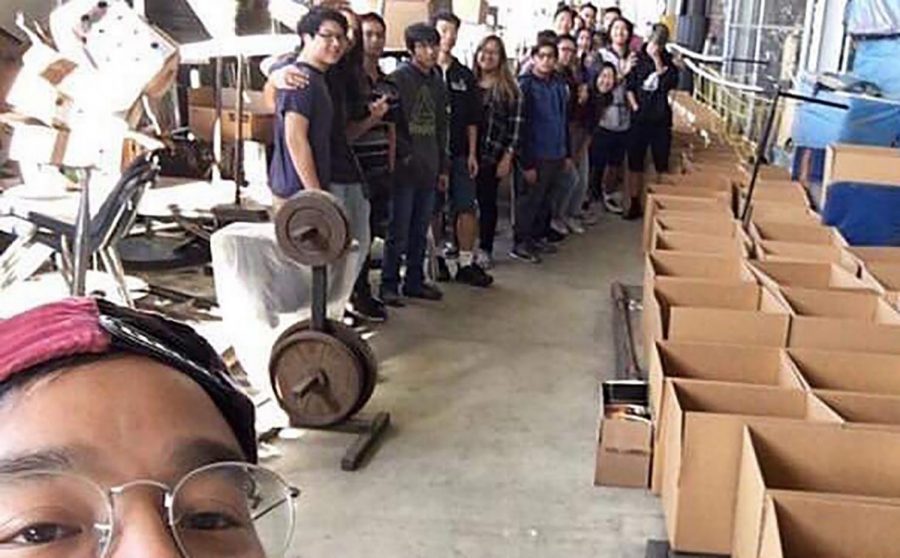 December was a month of good deeds for service clubs at Diamond Bar High School.

Six clubs held donation drives throughout the month, collecting various items to give to veterans, the homeless, foster children and others in need.

The DBHS and Walnut High School Key Clubs passed the cans they collected to the Walnut Valley Kiwanis Club, which held a holiday food drive with 100 boxes of fresh produce and more than 2,000 cans.

“We donated a lot to poor, individual families who had signed up to receive food beforehand,” sophomore Emily Chen, who serves as an ambassador for the DBHS Key Club to the other Key Clubs, said. “Many other boxes were donated to local churches, who would then distribute it to their own needy or homeless.”

The club received 85 donations, which included toiletries, tissues and other daily necessities. Senior Rachel Wang contributed to more than half of the donations in the drive.

“When our school’s Red Cross provided this opportunity to donate items for their Veterans Wishlist, I immediately knew I wanted to do more. I was extremely excited that I had the resources to help,” Wang said. “I ended up donating a total to 50 hotel toiletries, including 30 soaps, 10 shampoos, and 10 conditioners.”

Another student group held its own service projects for an event called “Do Good December.”

The Chick-Fil-A Leader Academy, composed of athletes from all over campus, split into three groups.

Each group decided on and executed their own service project, and one of the three groups held a blanket drive.

They gave the blankets to a church in Downtown Los Angeles to pass out to the homeless.

These projects were meant to serve as practice for the group’s goal to complete one big service project at the end of the school year, a tradition that Athletic Director Albert Lim hopes to continue in coming years.

“My goal is to… do it every year,” Lim said. “I don’t know if a lot of groups actually executed it or not, but it’s a good reflection for them leading up to their final service project. A lot of their obstacles were that they were thinking way too big.”