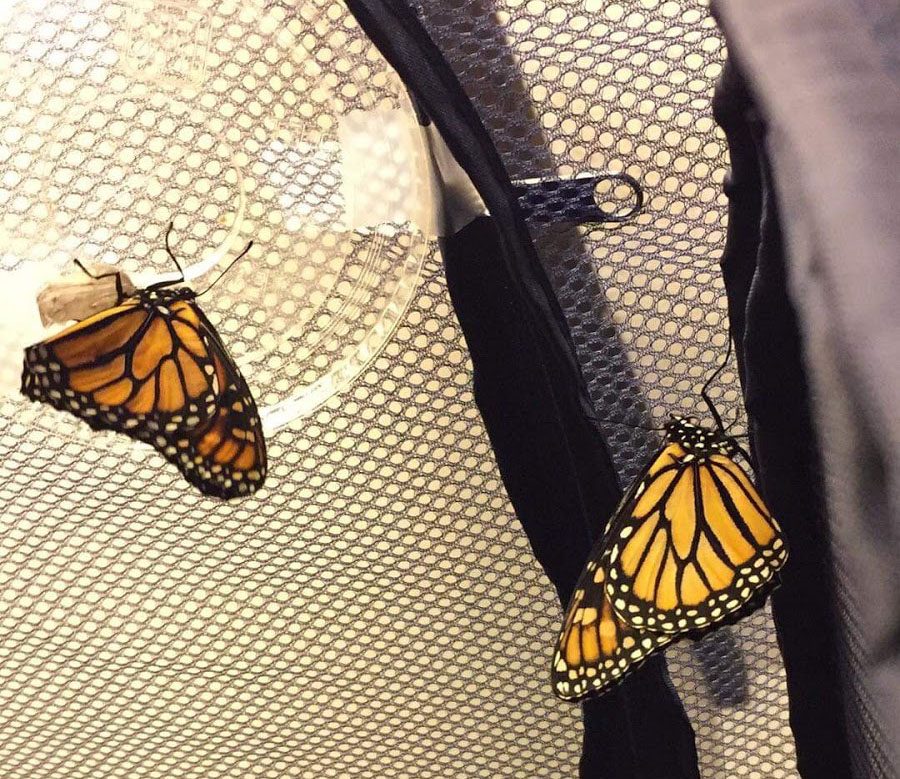 In search of new and innovative ways to improve Diamond Bar High School, AP Environmental Science students have yet again started on their annual sustainability projects to be showcased at the end of the school year.

Every year, APES students are given the opportunity to give back to DBHS through these projects.

In previous years, approaches to these projects have varied from providing the school with fresh water to looking to provide renewable energy.

Yet the goals of all the projects have remained the same: to create a more environmentally-friendly campus.

Similar to past years, APES teachers Greg Valor and Kylance Malveaux are overseeing five projects. Valor’s second period has dubbed its project The Butterfly Effect, and his fifth period class is calling its project The Magic Greenhouse.

The students behind each project will have until May to research and gather the necessary resources. After completing their projects, students will present their work and findings to a panel of judges, who will determine a winner.

The Butterfly Effect seeks to address the issue of the declining population of monarch butterflies by growing milkweed, the only plant caterpillars  will consume.

By spreading community awareness in local elementary schools, junior project leader Ryan Lou hopes to stress the importance of the monarch butterfly and its effect on the environment.

“We chose this project because we wanted to have a tangible environmental impact upon the community and we learned about the decrease of the monarch butterfly population,” Lou said.

Not having been used for 18 years, The Magic Greenhouse is seeking to renovate the school’s greenhouse connected to chemistry teacher Malinalli Cooke’s classroom. There, they will grow plants to increase biodiversity as well as introduce aromatherapy to DBHS, which is the use of plants for relaxing aromas.

“It hits on a lot of major elements of environmental science,” project leader junior Rebecca Leung said when asked about why her class chose to do the project. “You’re reusing old things, educating people on how to be better about the environment, and it’s something you can sustain, so you can do this for years and years.”

Led by junior Tricia Parker, Hydro-Gen will attempt to implement a hydrogen fuel cell, an energy source that is a cleaner alternative to gasoline that can also provide electricity. Even though the cells are mainly used in cars, Parker hopes to use them to generate electricity for multiple products across campus. However, hydrogen fuel cells are not cheap, as prices can range from $500 for a lower end model to $2000 for a high end model. Even so, Parker hopes to be able to provide one through raising community awareness and fundraising.

“If we can raise awareness in Diamond Bar, then we can encourage others and most importantly, the adults here to use this product,” Parker said. “Lack of knowledge about hydrogen fuel cells is why they’re so expensive, so we’d like to change that.”

Looking to provide consistent and sustainable energy through plants, Lightleaf will use plant microbial fuel cells. When plants photosynthesize, most of the energy produced is released into the plants’ roots. Microbial fuel cells can use that energy to create a consistent and reliable source of energy for simple electronics such as light bulbs and clocks, but junior project leader Michael Cheng hopes in the long run it will be able to power larger appliances.

“We identified a core problem in our current society: the overuse of non-renewable resources, such as fossil fuels, coal, natural gas and oil,” Cheng said. “This is why we are more in need than ever to pursue alternative green energy sources.”

Through the implementation of a geothermal pump in either South Pointe or Evergreen, EcoBreeze hopes to decrease their energy use, thus reducing carbon footprints. Geothermal pumps source their energy from the ground, then redistributing heat or cool throughout a room. In the schools’ case, air conditioning units will be replaced by the pump.

“We chose it [geothermal pump] because we wanted to do something different than other projects in the past,” project leader senior Phillip Lopez said. “We wanted to make sure it had a great impact, granted we knew it wasn’t going to be quick. This is probably going to be a long process that will extend after this year.”

A commonality among all the projects, besides raising awareness in the community, is the need to raise funds for necessary supplies and materials as many of these projects require expensive products. The groups’ projects will be financed in multiple ways but are not restricted to: fundraisers through popular outlets such as Chipotle or Chick-Fil-A, donations and leftover funds from previous APES projects.