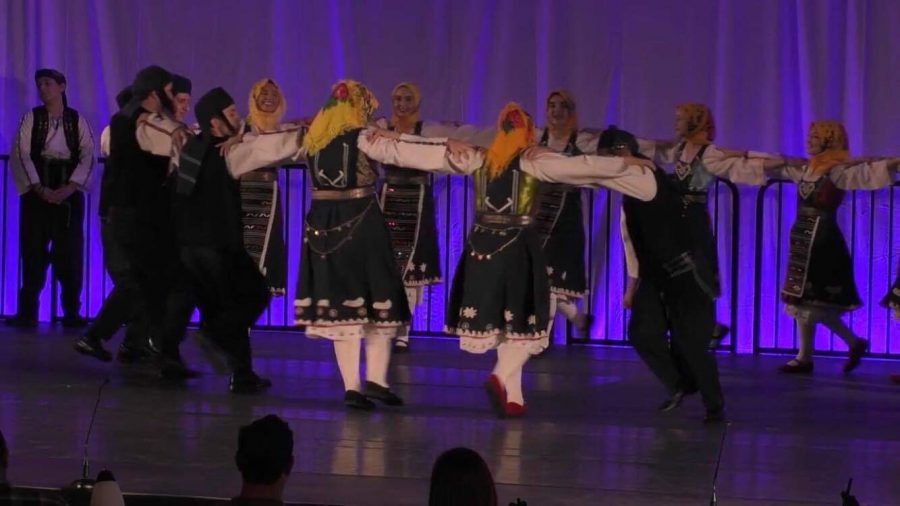 Twirling in unison with a closely knit group of performers, sophomore Vasili Magaziotis practices a type of dance that not many Diamond Bar High School students know about: traditional Greek dancing.

This form of traditional folk dancing dates back to the beginning of the Greek civilization in around 800 B.C. and involves dancers wearing traditional clothing while dancing in a circle.

Magaziotis dances on Spitha, a team that focuses on a dancing style specific to the Asvestades region, which involves fast and complex dance motions.

“It’s basically a big group of people dancing in a circle, and everyone’s either doing the same steps or they’re doing different steps, but they’re all in a certain manner,” Magaziotis said.

When in season, Magaziotis dances with others his age at Saint Anthony Greek Orthodox Church in Pasadena once a week from August to February.

Throughout the season, the dancers work toward the annual regional event called “Faith, Dance and Fellowship.” In FDF, several Greek Orthodox churches from the West Coast send dance groups to compete against each other. In these performances, audiences range from 100 to 1,000 people, according to Magaziotis. In 2016, Magaziotis’ team received first place.

Magaziotis said that Greek dancing allows him to connect with others of the same heritage. His father emigrated from Greece when he was a teen, while his mother was born in America.

“I’m pretty sure there’s no other Diamond Bar High School kid that Greek dances as well. It’s so much fun being able to be with people that are like you, because in DBHS, you can’t really meet any other Greek people,” Magaziotis said. “That’s not really common here, so dancing or talking with other Greek people is really fun.”

Magaziotis was first introduced to Greek dancing when he was four by his mother, who also danced as a teenager.

“She started when she was 16. She loved it ever since then, so she wanted [me and my sister] to start earlier and basically she just kind of gave that to us,” Magaziotis said. “It’s just so much fun to do, so I just never really want to stop.”

His sister, 2018 graduate Aphroditi, also dances at the Saint Anthony Greek Orthodox Church, although she is not on the same team as he.

One memorable moment in a competition for Magaziotis was during a competitive dance, when his group accidentally fell off-step.

However, the group went along with the flow, focusing more on having fun, rather than the competition aspect of it, and eventually fell back into step.

“To me, that was really enjoyable because it showed how much of a connection that we all have with each other,” Magaziotis said.

Although Magaziotis sometimes struggles balancing schoolwork and dancing, he has no plans to stop dancing.

“We have these parties or festivals, what we call glendi, where everyone comes together; they eat, and then they dance. It ranges from two year olds to 80 and 90 year olds, so it’s just something you do for the rest of your life,” Magaziotis said.