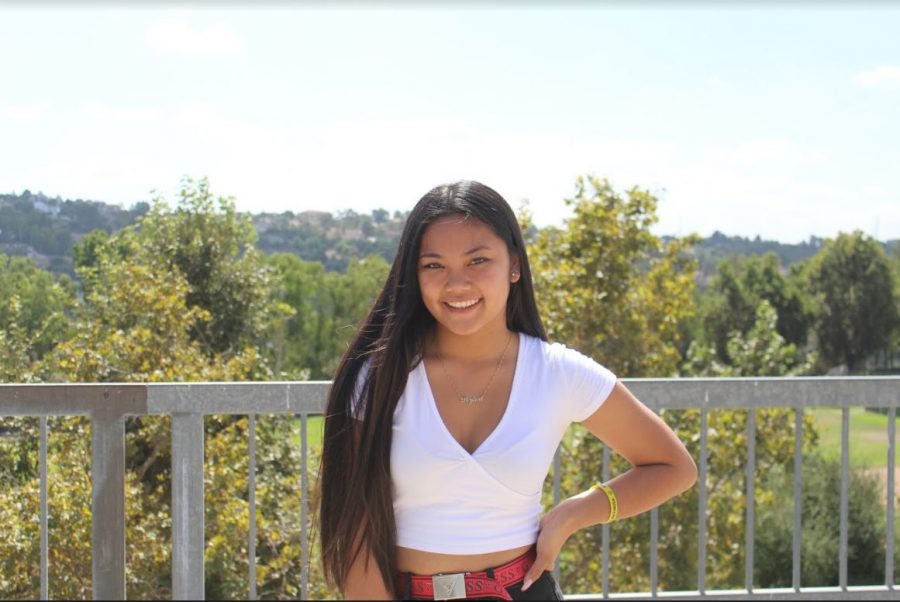 Dancing has been a part of Diamond Bar High School freshman Peyton Cortez’s life for as long as she can remember.  Now she dances behind some of music’s most famous names.

Starting at the age of 2, Cortez attended her first dance class when her mother noticed the attention and passion she showed for the activity.

“When I was little, I was always watching ballerinas,” Cortez said. “I would walk around the house on my tippitoes and so my mom was like ‘oh my god, she has to be a dancer’ so then she went and put me into dancing.”

After six years of dancing, Cortez signed to the McDonald Selznick Associates agency, which sent her to different auditions for music videos, concerts and commercials. A year later, she signed with Paloma Model and Talent and has been with both agencies ever since, taking on multiple jobs.

“I danced for his concert in Nashville, Tennessee for a night on his Purpose Tour,” Cortez said. “We were able to meet him on stage and shake hands with him and it was a phenomenal experience.”

In addition to going to multiple auditions given by the agencies, Cortez works with the WNBA team, Los Angeles Sparks as a part of the Gravy Babies. She performed at the Staples Center during some home games. So far, she has worked three seasons with the Sparks.

As she continues to work in the industry, Cortez manages to keep up with her studies while going to auditions and jobs. Always on the go, she often has to do her homework in the car, but she can also receive academic assistance at her different workplaces.

“If I have to work during the school day, they have on set teachers there to help me do my schoolwork and homework,” Cortez said.

In addition to her various jobs, Cortez is also a part of the DBHS Dance Company.

Cortez’s main goal is to be able to finance her college education through dance so that she can pursue her dream of being a pediatric surgeon. However, dancing may still be on her agenda for the future.

“I’ve thought about pursuing dance in the future and maybe creating dance studios for the less fortunate,” Cortez said.