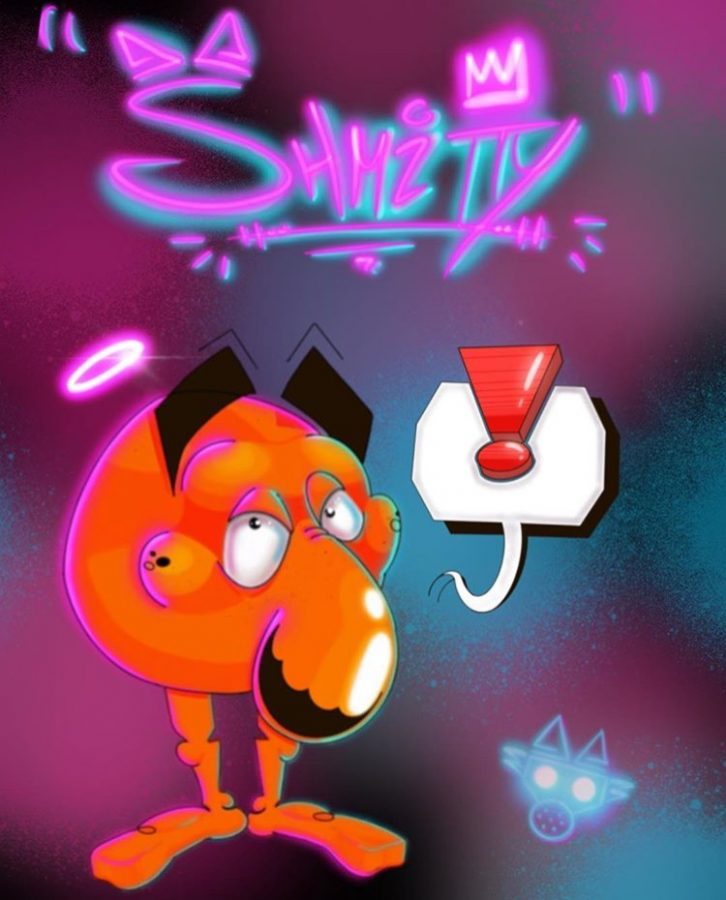 From simple sketches in his notepad to working with special effects designers, Diamond Bar High School sophomore Mason Fox has turned his childhood hobby into a career goal.

Like many students, Fox spent much of his middle school life sketching on the side of notebooks and assignments. It was not until high school that he became serious about it  and began posting his artwork on social media.

After gaining popularity from creating custom shoe designs on his Instagram, @foxx.art, Fox began posting pictures of his drawings and artwork.

“I wanted to build some kind of relationship with my followers and show them what’s going on my life, because I thought it would be interesting,” Fox said. “I started sharing more personal pieces that looked good and told a story,”

Filled with sketches and graffiti-style artwork, Fox’s Instagram feed has a slightly darker tone  than most.

“I’m used to more monochromatic tones since I started out with pencil sketches and not really including bright colors or coloring in general,” Foxx said.

Originally catering to his audience, Fox only recently began experimenting with different types of artwork and colors, some of them being sculpting and mask-making.

After one of his Fundamental of Art classes, DBHS art teacher Vianney Hwang told  Fox about  an opportunity in his Studio Art class. Students were competing for a chance to work with reality show “Face Off” champion and special effects director, Andy Freeman, by designing and creating skulls.

Taking the challenge, Fox was eventually chosen by Freeman and given the chance to sculpt and create different masks at his studio. There, he learned different techniques such as making the mask more comfortable and the different textures used for sculpting. “What I’m struggling with right now is making the masks moveable with your face but also visibly seen through,” Foxx said. “Some people hide the eyes and nostrils by creating fake versions of each.”

Starting the process with sketches of what he envisions, Fox begins each piece by deciding which textures are applicable to the project. Once the design is set in stone, he begins, using clay, to create the foundation of the mask.

“Once you’re happy with the forms that you have, you want to add texture which is something that must be different to show the facial structures,” Fox said.

After layering the mask with its textures, Fox studies the different proportions of the creature’s face before adding any color or final touches to the mask.

Depending on the type of artwork, Fox enjoys experimenting with different colors and angles before finding a desired design.

“I take notes of all that I see but what inspires me the most is the different feelings I’ll have and trying to create a piece that other people can truly relate to,” Fox said.

The majority of his posts are also always captioned with sentences and phrases that represent the mantra of the specific drawing. One of his most frequently used quotations is learning how to find the beauty in tragedy.

“I take my mistakes or sorrows and turn it into a display for everyone to admire,” Fox said. “I believe that not being afraid to show off your mistakes and acting on any regrets is the best way to live.”

Having sold some of his artwork in the past with his posts, Fox continues to perfect his style. With winning the competition and Freeman having invited him back to the  art studio, he hopes to continue pursuing his creative artistry in the future.