The sophomore composes and produces his own music, releasing it on platforms like Spotify and SoundCloud. 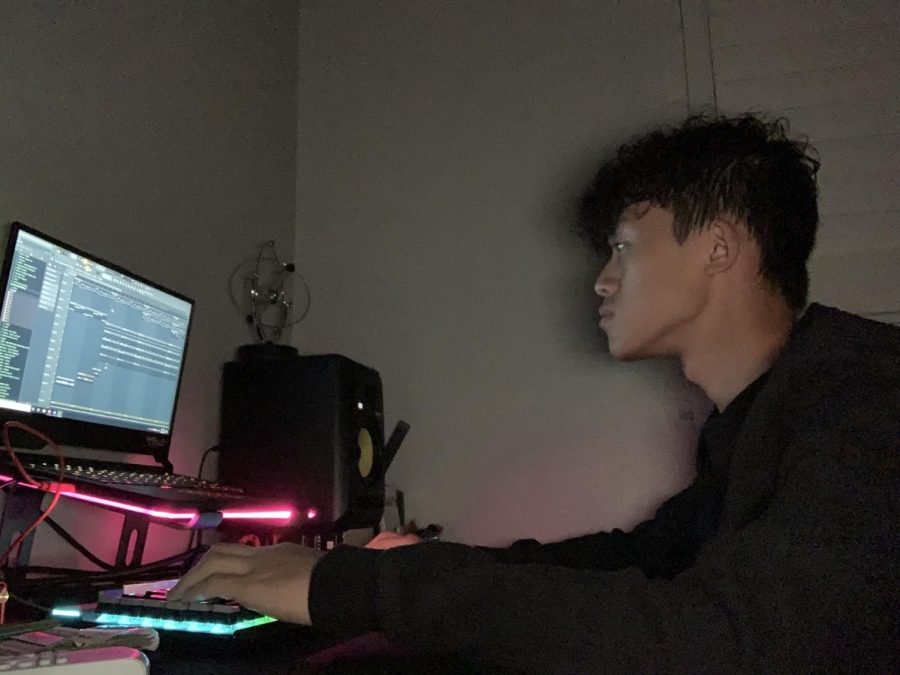 Tapping away on the keys of a piano since he was five years old, Diamond Bar High School sophomore Joe Lee never would have imagined his lifelong passion for playing and composing music would turn into a part-time career.

When Lee was eight, his piano teacher wanted him to play a difficult piece. Unable to do so, Lee became frustrated. As a result, Lee said he began composing his own music, allowing him to find serenity and a way to de-stress from school. From then on he continued to compose his own piano pieces until he started composing electronic music in eighth grade.

“Making music is like a puzzle you have to find where all the pieces rest and this helps take away stress from my everyday life,” Lee said. “Some people have an outlet for stress, but I turn what I feel into music.”

Most of Lee’s beats incorporate the piano, as he was inspired by the classical composer Claude Debussy. A typical beat-making process consists of Lee creating  melodies in his head throughout the day and then recording a sample on his piano when he gets home and inputting it to FL Studio, a music software application that he uses.

He then checks for unharmonized notes and odd placements of the music, which he calls “theory errors.” The last step is to release his beats on all his streaming platforms Spotify and Soundcloud.

“People sometimes ask how I write music,” Lee said. “I really don’t know, throughout the day, melodies just popped up in my head and then I translate them into the program.”

Lee released his first lo-fi Spotify album on Oct. 14, “Peace of Mind,” under the pseudonym, Fqke. The album has garnered over 227 listeners in a month and 2.2K streams. Also posting on SoundCloud, Lee has reached over 119,180 streams.

When Lee was just starting out and thinking of an artist title, his friend was in agony over being scammed over fake clothing brand Supreme items, his friend and he soon realized that Fake could be his name. After brainstorming how to make “fake” more creative, “Fqke” was born.

“Whenever music producers struggle with making music or get into an obstacle it called beat block,” Lee said. “I go out and enjoy nature and I come home all refreshed and ready to go again.”

The young producer said that he has sold over fifty of his beats to artists, one of which has over 32,000 followers and over 1 million streams in Spotify alone. Lee is unable to name  the artist due to the contractual agreement.

Although he has a passion for composing music and is well on the path of becoming a successful music producer, Lee sees his future career working as a computer back-end developer. Even so, Lee plans to continue making music on the side.

“To me, listening to the harmony, melody or rhythm of my music is better than therapy personally,” Lee said.