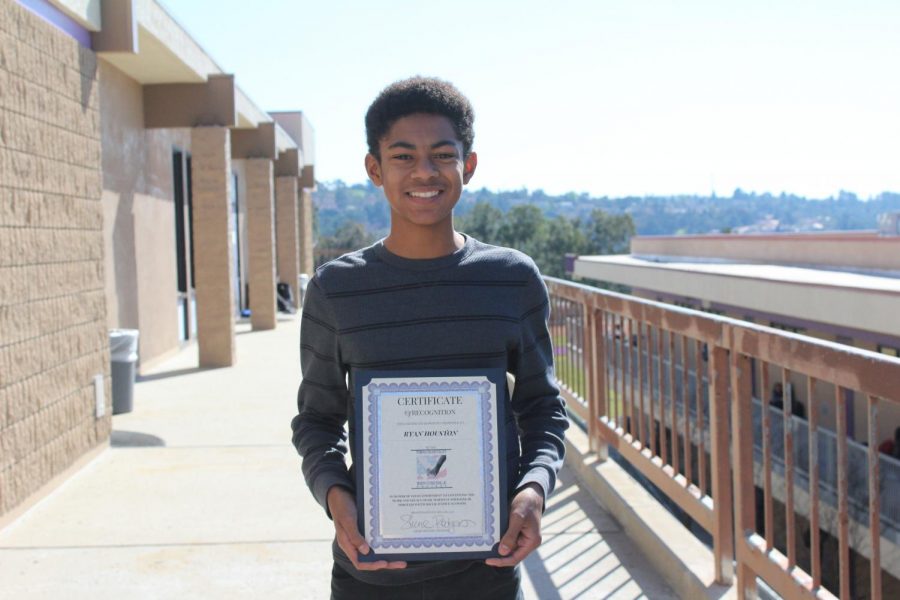 “Take the first step in faith. You don’t have to see the whole staircase, just take the first step.” This statement by Martin Luther King Jr. served as a driving force behind sophomore Ryan Houston’s winning essay that earned him  a $500 scholarship.

Houston was required to submit an essay which centered around a quote attributed to King.  The essay encompassed how King’s ideas and legacy had influenced Houston’s life. Houston chose his particular quote because he was able to identify with it on a personal level.

“I use [the quote] everyday, I don’t want to just think, ‘Oh I don’t know what’s going to happen, I can lose this.’ It’s taking that first step that’s really important to me,” Houston said.

Along with the essay, Houston also had to submit a resume, which listed his volunteer work for the Special Olympics and his help in campaigning for Pomona mayor Tim Sandoval.

“[To earn this award] you have to be very [engaged with your] community. You have to do volunteering work, and that’s following King’s legacy who was very much for unity and community volunteering,” said Donna Houston, mother of the two Houston brothers. “That’s what the recipients of the award have to be committed to.”

Houston submitted his application, resume and essay in December and received the call a couple of weeks later that he had won. He accepted the award on Jan. 20.

“I was really happy and proud at the same time when I found out I had won because it was such a high honor for me,” Houston said.