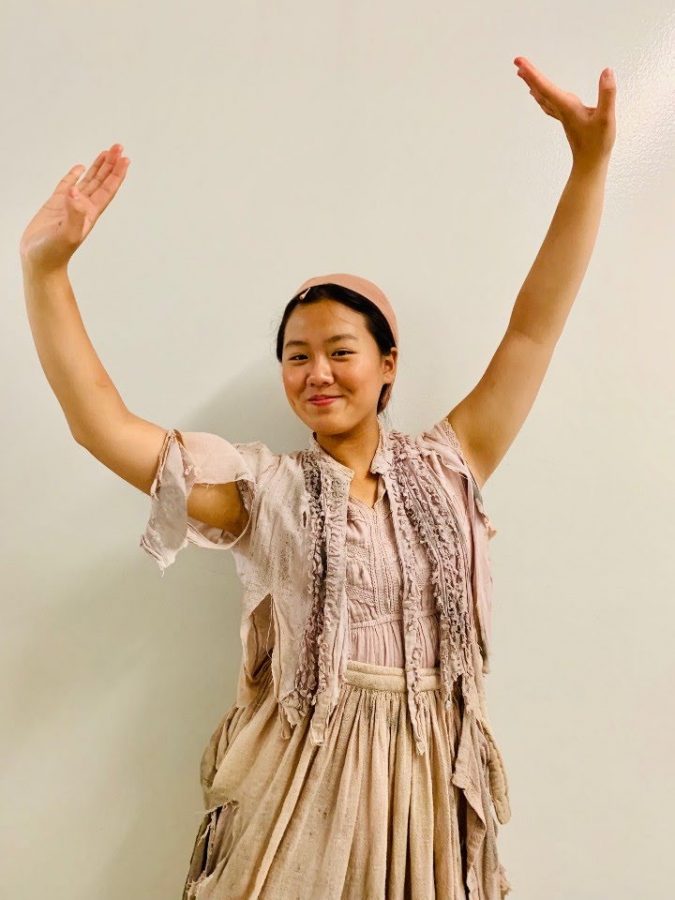 As she stepped on stage with bright lights shining above her, Diamond Bar High School freshman Rachel Yang began to sing in a style  often  forgotten by mainstream media: opera.

Yang has performed at various prestigious locations, including the Walt Disney Concert Hall, Hollywood Bowl and the Dorothy Chandler Pavilion.

After being encouraged by her parents to audition for an established choir, Yang found her passion for singing opera.

“My dad’s also a singer, he’s a tenor, and he wanted to put me in choir so we searched it up and I auditioned into a group,” Yang said.

Yang sings for the Los Angeles Children’s Chorus, a professional choir based  in Pasadena.

The choir has sung alongside the Los Angeles Philharmonic and the Los Angeles Master Chorale for the “Mahler Symphony No.8” and “A Trip to the Moon,” among other pieces,  as well as several productions for the Los Angeles Opera including the Nutcracker.

Her involvement in the world of choir and opera has taken a huge toll on her schedule, with daily practices for her bigger performances.

“We have a lot of practices, almost every day for one and a half to two hours,” Yang said.

The choir is separated into several divisions with the highest level being concert choir, which Yang is a part of, along with 60-70 other singers. Individuals are placed in their divisions by not only skill but also factors such as physical appearance.

“For opera it also depends on your physical traits like your height and your skills are also important,” she said.

From the entire concert choir group, members are selected  to participate in special productions.

When invited to join productions for the choir, Yang explained that it requires one to two  months of preparation time and once the rehearsals begin, practices take place almost every day. Yang said that  this can be difficult for her since the practices are held in Los Angeles, a long drive from where she lives.

“It takes a lot of dedication for someone like me though because I live so far away,” she said via Instagram.

The children’s chorus also goes on  concert tours. On these tours, the groups perform at a famous music halls and chapels in different countries.

They collaborate with choirs from the areas they visit as well.

Next year Yang plans to attend her first one in Spain.

Productions have caused Yang to miss out on many school days throughout the year, although she doesn’t feel the need to be homeschooled and instead continues to catch up on schoolwork.

“I think time management is really important when you’re busy because I have to skip a lot of school and take challenging classes throughout the year,” she said.

Despite her background in singing, Yang said she has always considered herself more of a musician than a singer.  The singer said that at the moment she wants to focus her time on more than just opera.

“Choir is just a separate thing, I focus more on playing the clarinet or studying, that’s like my main focus right now,” she said.