Four Brahma seniors receive early 'yes' from some of the best colleges in U.S. 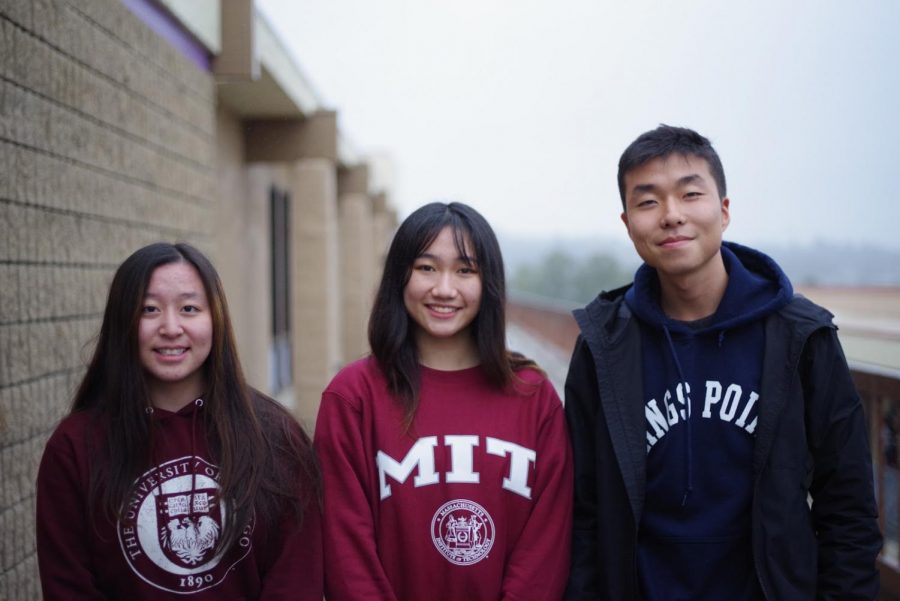 While most Diamond Bar High School seniors have turned in their college applications and are waiting to hear from universities, a few Brahmas have already received a “yes.”

MIT was among Real’s top choices because she hopes to obtain a Bachelor of Science in Computer Science, Economics and Data Science.

“Some other factors I considered were undergrad research opportunities and clubs,” Real said via Instagram. “I do taekwondo competitively so it was a plus that MIT has a taekwondo team.”

Although Real has yet to commit to MIT, she said that she is looking forward to meeting some of her classmates and discovering the various activities and events offered by the school during campus preview weekend.

“I really look forward to continuing taekwondo at the collegiate level at MIT as well as becoming immersed in a challenging learning environment,” Real said.

While Real may go to the East Coast to attend MIT, Xiang will head to the Midwest to major in neuroscience at the University of Chicago.

“What made me want to go here was a combination of its core curriculum, academic prowess, campus and location,” Xiang said via Messenger.

According to Xiang, the core curriculum was created to allow students to explore their interests outside of their major.

Xiang also looked at UChicago’s location when she applied to the university. She said she did not want to stay in California for college and wanted to experience something new.

“UChicago is located in Hyde Park, which is a relatively safe community, and public transit can easily take you to downtown Chicago,” Xiang said.

She is looking forward to exploring the Recognized Student Organizations, or RSOs, at UChicago and participating in the legendary UChicago scavenger hunt.

Unlike Real and Xiang, Kwak will be staying in California this fall to major in mathematics/statistics at Pomona College.

“Although I would’ve been okay with going to a school out of state, I do love the beach/mountain/weather combo here in California,” Kwak said via Instagram.

According to Kwak, the small campus and class sizes appealed to him, as well as the fact that Pomona College is part of the Claremont Colleges, which enable students to get a taste of the other schools in the consortium.

In addition, Kwak said he would like to get to know the large number of international students studying at Pomona.

“I look forward to being able to meet and learn about the different cultures around the world,” Kwak said.