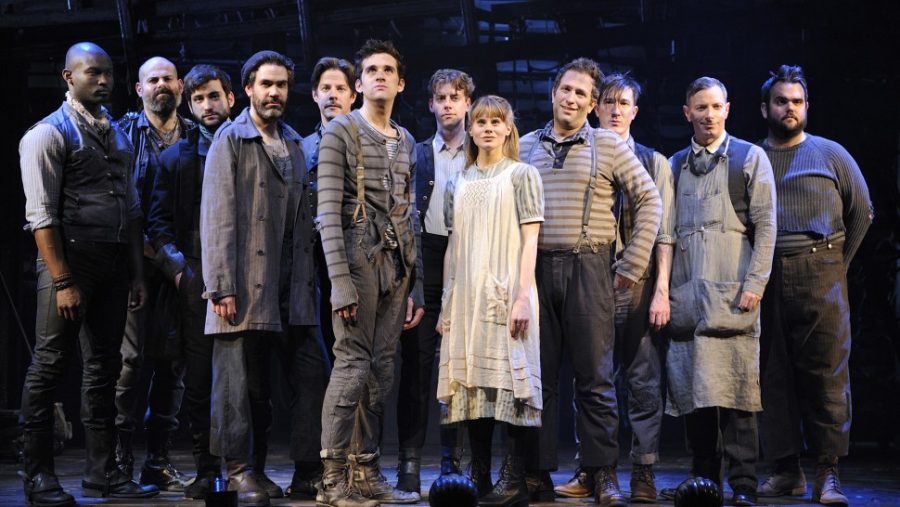 After finding success last year with productions based on Disney classics, the Diamond Bar High School drama department is showcasing the prequel to another nostalgic childhood story this fall: “Peter and the Starcatcher.”

A backstory to J. M. Barrie’s famous novel, “Peter and Wendy,” about Peter Pan,  “Peter and the Starcatcher” takes place in the high seas on the faraway place Mollusk Island. Based on the  2006 novel by Dave Barry and Ridley Pearson, the play, adapted for the stage by Rick Elice, details the adventures of Peter Pan and his newfound friend, Molly, who encounter bands of pirates and thieves during their quest to keep a chest of magic from falling into the hands of evil. The musical won five Tony Awards during its 2012 run on Broadway.

This production will feature several main characters: young Peter (Ashley Barela), Molly (Melissa Ribeiro and Olivia James) and Black Stache (Mikayla Nance and Jolynn Zhang). Similar to plays done in the past years, there will be two casts, purple and gold. The purple cast will be featuring James and Zhang, while Ribeiro and Nance star in the gold, with Barela performing in both.

Though Riberio has performed in multiple drama productions for over six years, she said has never played a character as dynamic as Molly.

“When I got a callback for Molly, I looked into the [character] more in depth,” Ribeiro said. “She is super headstrong, stubborn, adventurous but also sensitive at times.”

Drama director Jared Kaitz said  that this production has a theme that resonates with individuals of all backgrounds, featuring a  narrative that emphasizes the importance of both one’s family and friends.

Setting a precedent for future productions, Kaitz wants to be able to target a larger audience this time in hopes of gathering new drama recruits and strengthening their cast.

“Though selling tickets is very important, what is more important is showcasing our students the best we can and providing an entertaining show for everyone in the audience,” Kaitz said. “This is also the perfect opportunity for those that may be interested in the program to have a better look at the production.”