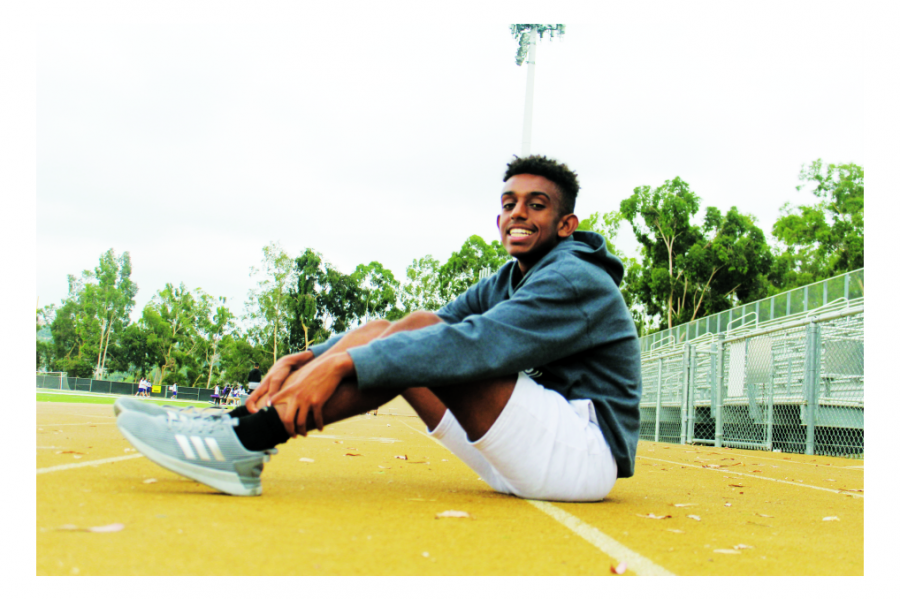 From laid-back cross country practices in middle school to breaking a Diamond Bar High School record for running, senior Lukas Amare found that his progress in the sport started to improve once he incorporated speedwork into his workout routine during his sophomore year.

Amare bases his achievements around his personal progress. He said he considers  his greatest milestone the personal record he set at a competition in Woodbridge last month, where he ran three miles in 14:48.

During his time competing in the Mt. Baldy League, Amare was named the league’s MVP in his junior year. He has been invited to high level running meets, including the Arcadia Invitational and Mt. SAC Relays during junior year. He broke the school record when attending the Arcadia Invitational, running 1600 meters in 4:23 as well as setting a personal record for himself at Mt. SAC by running one mile in 4:24.

“School records are not it,” Amare said. “It’s more like the personal records that show my improvement. Compared to other people, I’m still not there yet, but it was a decent time, so I’m just happy for that.”

Amare started running cross country in sixth grade, but due to the relaxed practices at Chaparral Middle School, he said he didn’t have the opportunity to develop his skills as a runner. In eighth grade, however, he decided he wanted to become good enough to compete at the high school level.

“I would train, but whenever I did my workout I’d do it to the best of my ability but I wasn’t doing the right workouts,” Amare said. “[At] Chaparral, we’d just run for a little and then that would be it.”

Amare was encouraged to improve in the summer before his junior year after the last race of his sophomore year. At that meet, he said he wanted to beat a friend on the team, but when the results came in, his teammate’s time was six seconds faster than his. After contemplating, Amare found problems in his workout routine.

“I realized I ran my hardest, but I just wasn’t in good shape, so I was like, ‘Maybe if I get in shape, then I could run faster,’” Amare said.

During that summer, Amare started to better prepare himself for the upcoming cross country season. Since he wasn’t used to long runs, he drew inspiration from YouTuber Alex Trahan’s workouts to improve.

“I just did his training and [improvement] was instant,” Amare said. “It was just a lot of long runs, and once track season came around, I started hitting speedwork with long runs, and it helped a lot.”

Amare’s diet consists of protein and grain. He said he often eats Ethiopian dishes such as injera, which is bread with a sponge-like quality, as well as kitfo, which is made up of raw beef that’s marinated in a chili powder-based blend and other spices.

Sometimes, Amare practices twice a day, attending school practices, working out in the weight room and completing speed work. On weekends, he trains by himself around Phillips Ranch.

Amare said coaches from colleges all over California have been scouting him. While Amare doesn’t know which school he is leaning toward, he said he wants to compete somewhere in Southern California.