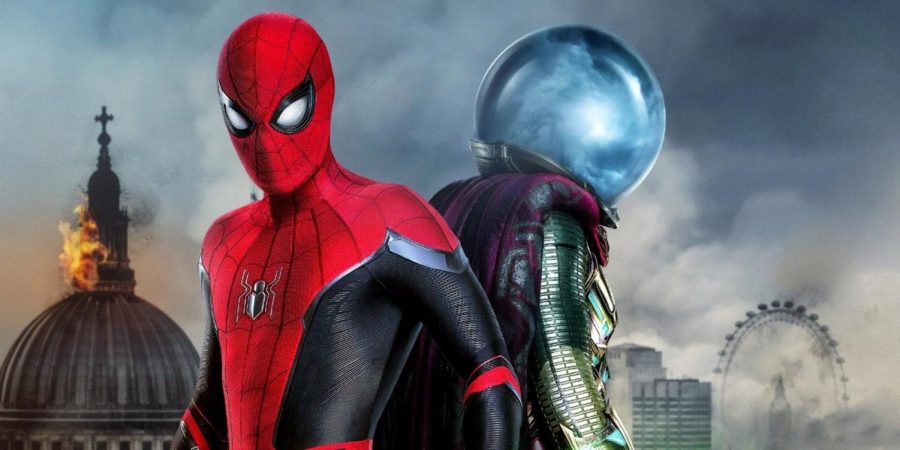 Photo courtesy of We Got This Covered

After watching “Spider-Man: Far From Home,” I’ll admit that the ongoing obsession with Tom Holland playing out on the Internet is justifiable. While not quite comparable with its predecessor, “Spider-man: Homecoming,” “Far From Home” has jaw-dropping action, relatable humor and undeniable heart.

“Avengers: Endgame” left the Marvel Cinematic Universe in disarray. The time-traveling apocalyptic crossover wrapped up character arcs that spanned over a decade while setting up just as many new beginnings. Half of Earth’s population, which had disintegrated in the last film, reappeared five years later unaged in a phenomenon called “the blip.”  Many fans wondered how “Far From Home” would address these major changes. The movie doesn’t disappoint.

Following Tony Stark’s sacrifice to kill Thanos in “Endgame,” Peter Parker (Holland) has to deal with his mentor’s death and the pressure of filling  Iron Man’s massive shoes. Taking a trip to Europe with his classmates, Peter hopes to temporarily set aside his role as Spider-manSpider-Man and be a normal teenager. However, Peter is unable to escape his duties as a superhero when Nick Fury (Samuel L. Jackson) approaches him with an assignment to save the world.

Four monstrous Elementals have crossed over from another dimension, as well as a new hero Mysterio (Jake Gyllenhall).  Peter must team up with Mysterio in order to destroy the remaining elementals. At the same time, Peter struggles to keep his superhero  identity a secret over the course of the trip, and competes with his classmate Brad (Remy Hii) in winning over his crush, MJ (Zendaya).

Given that many of the Marvel fans are adolescents, it’s surprising that Spider-Man is the only teenage hero.  Going at it alone, Holland exceeds at his role and successfully portrays an awkward, angsty superhero who constantly second-guesses himself. The latest rendition of Spider-Man feasibly looks and sounds like a 16 year old despite Holland  being 23.

From Peter’s awkward romance with MJ to his constant stream of slip-ups, “Far From Home” effectively doubles as a coming-of-age  movie. Continuing his arc from “Homecoming,” Peter further develops as a character, first under Tony Stark’s mentorship, now without. Even so, it’s Peter’s quirkiness and relatable personality that sets his saga apart from the rest of the Marvel world.

The action sequences here are just as energetic and exciting as “Homecoming.” However, the humor slightly fell flat. Certain scenes are made funny by the student’s incompetant chaperones, Mr. Dell and Mr. Harrington (J. B. Smoove and Martin Starr), who are one missing student away from a mental breakdown.  Peter’s best friend Ned (Jacob Batalan) doesn’t get as much screen time, meaning we miss out on the buddy comedy the two produced in “Homecoming.”

While  the story’s plot loses  its intricacy in the second half and didn’t feel as well thought out,  thanks to outstanding performances from the cast and especially Holland, “Far From Home” is an enjoyable continuation to the “Spider-Man” franchise. Moreover, I suspect a mild obsession over Tom Holland of my own has just begun.