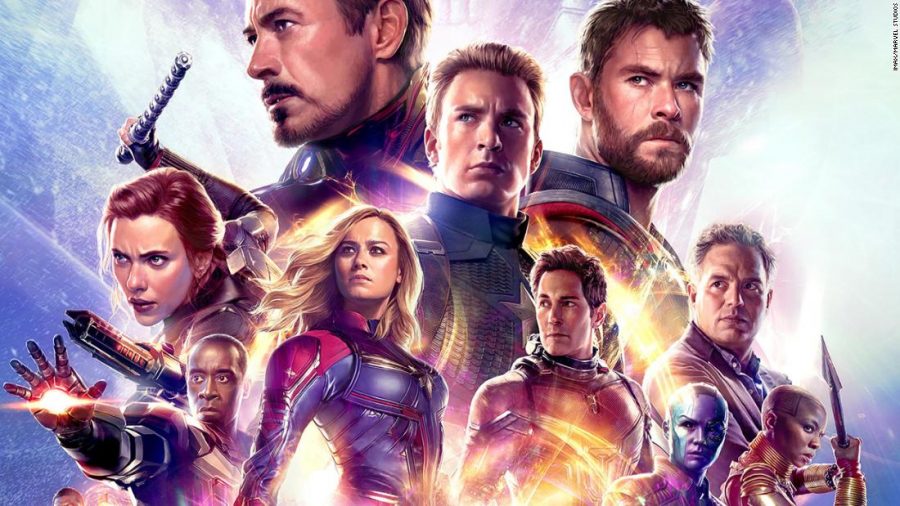 The finale to the Avengers series not only establishes a fulfilling ending but sets the stage for promising films to come. What at first seems like a long three hours and two minutes turns into a brisk paced film that leaves viewers on the edge of their seat.

Taking place right after the events of “Avengers: Infinity War,” the story of “Endgame” entails a broken world left behind by Thanos. It is up to the now split Avengers to band together with new and old allies in order to save the day once more, coming up with ways to bring back the dead and vanquish Thanos (Josh Brolin).

The film is very engrossing, with amazing computer generated imagery and a huge cast. With the sheer star power of the movie, almost no segment felt boring. The plot developed quickly with surprise after surprise and was enjoyable through and through. Fight scenes were breathtaking and suspenseful, keeping me thoroughly engaged. There were multiple times during the film where I felt chills go down my spine.

Despite the movie’s grave tone, Marvel’s inclusion of witty and flat-out funny jokes  added to the experience. The much-needed humor was spread through the film, providing a refreshing hiatus from the deadly serious encounters.

My only qualms with the movie were the beginning and screen time allocated to certain characters. Obviously, as this is the fourth Avenger film, there are bound to be many who have not watched prior films. This will lead to confusion in some scenes.  Even so, the movie does a good job of catching viewers up to speed with the Marvel Universe at the cost of a fairly slow beginning.

While it is difficult to split screen time evenly for every character, I felt that some were not in the spotlight as much as they should have. A prime example of this is Captain Marvel (Brie Larson). After “Captain Marvel,” I expected the powerhouse superhero to lead the fight against evil. To my letdown, however, Captain Marvel is fairly underused.

As many of the contracts of the original Avengers cast are over, including Iron Man (Robert Downey Jr.), Captain America (Chris Evans) and Thor (Chris Hemsworth) to name a few, it is sad to see that they will most likely not be in any Marvel movies in the future. With this knowledge in mind, the dialogue and camaraderie between the original cast is all the more memorable and heart-wrenching.

There are big shoes to fill in for the upcoming Marvel movies. “Avengers: Endgame” is the “Star Wars” for 21st Century audiences, and I am definitely looking forward to what new movie adventures Marvel brings to the screen.