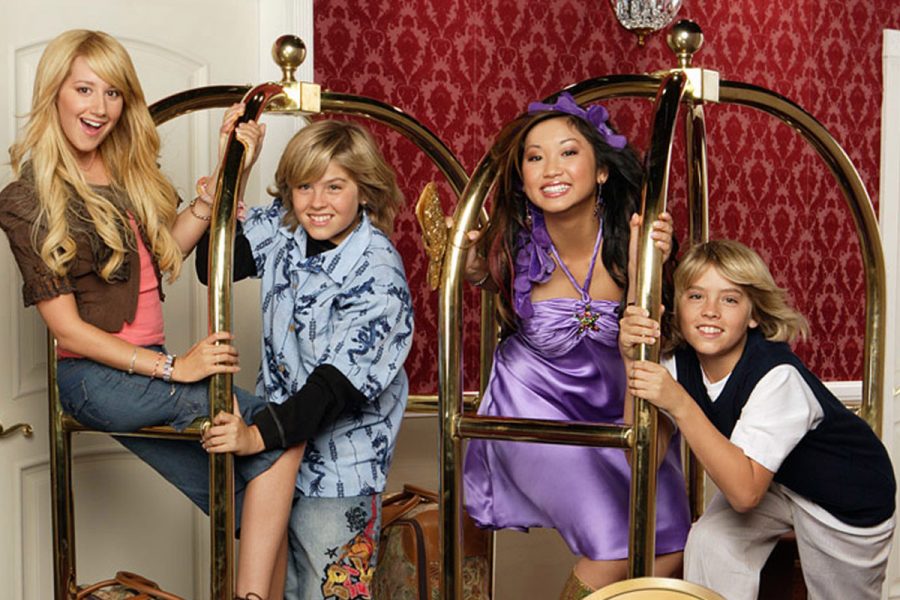 Childhood sitcoms evoke bittersweet memories of rushing home from school to sit mindlessly in front of the television. In spite of the cheesy plots and imperfect acting, these four shows let us all reminisce about our past innocence.

Located beachside at Malibu, the Pacific Coast Acdemy’s first year admitting female students sparks new romances and comedy in this series. The main character, Zoey (Jamie Lynn Spears), deals with the daily struggles of being a teen girl with her friends, all the while trying to balance attending a rigorous boarding school. The various sets such as the dorm and Sushi Rox give viewers an intimate look into the characters’ lives, making the audience feel like a student on campus. Although “Zoey 101” was concluded by Spears’ pregnancy at the age of 16, this sitcom will always bring viewers the joy of school life with great friends.

This Nickelodeon essential depicts the idealized life of Tori Vega (Victoria Justice) and her friends at Hollywood Arts, a performing arts high school. Tori’s aspiration to become a singer is central to the show, with singing, dancing and acting taking up large chunks of the show. With the elaborately painted lockers, eccentric teachers and comedic students, Hollywood Arts is as important as the other characters. It was on this sitcom that Grammy Award winner Ariana Grande made her entertainment debut. Nevertheless, this unique, lively sitcom makes anyone want to break out into song and dance during school.

Modeled after the Hilton Hotel, this long running show spotlights two young twins, Zack and Cody (Dylan and Cole Sprouse), living in the Boston Tipton Hotel. “The Suite Life of Zack and Cody” has one of the biggest casts for a family sitcom, each with their varied personalities, making each episode interesting and refreshing. Due to the success of the original show, this show spawned a sequel series, “Suite Life on Deck,” featuring the main characters in their teen years. The two shows spanned a combined six years. Many audiences grew up with the Sprouse brothers, giving this show a special place in many hearts.

Airing on the Disney Channel, this sitcom follows the Russos, a wizard family of five. The show centers around the sassy, quick-witted middle child, Alex (Selena Gomez). She attends high school by day and wizardry class in the back of the family diner, Waverly Sub Station, by night. Although Alex and her two brothers, Justin and Max (David Henrie and Jake T. Austin), are a part of the supernatural world, they are still relatable with their daily struggles as teens in New York.The various contrasting elements of “Wizards of Waverly Place” melds together into a comedic and overall enjoyable show.