Marquez makes it to the finish

Chemistry teacher Jose Marquez has completed two marathons and currently he gets his exercise from CrossFit. 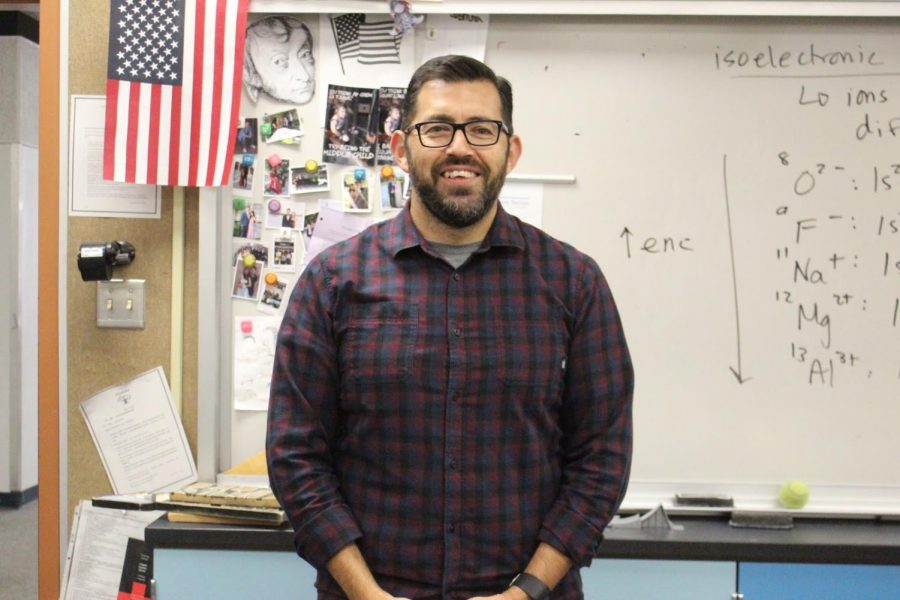 Though it’s been a few years since he was training for marathons, Diamond Bar High School teacher Jose Marquez still unwinds after school by working out at CrossFit Kinnick in Upland.

But in 2015 and 2016, the chemistry and physics teacher participated in two marathons,  completing the races in about 4 hours and 30 minutes.

“I think what’s exciting is that you are accomplishing a really hard human feat like running constantly for 26.2 miles,” Marquez said. “Actually, running the miles is extremely difficult on the joints, but I think most people like to run marathons because it feels like you have achieved a life long goal.”

Both of the 26.2 mile races were at Surf City Marathons, held at Huntington Beach on Super Bowl Sunday.

To train for both of the marathons, Marquez found a 12-week exercise plan online that consisted of running four to five miles throughout the week and up to 20 miles on the weekends. Other exercises included strength training such as lifting weights, stretching and massage therapy.

“I like to compete and do challenges and I wanted to see if  I could run a marathon,” Marquez said.

After his first marathon, Marquez learned many valuable lessons. Marquez saw one of his toe nails fall off, and he later found out from an experienced marathon runner that many runners lose their toenails from not tying their shoes properly or wearing the wrong type of socks.

During the race, there were water and food booths throughout the marathon. To replenish the energy he lost, he had to constantly eat snacks every hour or two while running.

The teacher faced many obstacles when he started doing marathons, including “hitting the wall.” Marquez said that the first 23 miles would go by very smoothly with little to no struggle, but when he reached the last three miles, he had the worst feeling when enduring exhaustion, hunger and horrible body aches as he neared the end of the marathon. But, Marquez was willing to take the pain.

“I came so far I just didn’t want to stop. After running for 23 miles, it would be a waste to quit when I am so close to finish,” Marquez said.

Though Marquez doesn’t have any plans to run in any upcoming marathons he continues to train at CrossFit three times a week after school and take long runs, ranging from five miles, on Saturdays.

Since taking up CrossFit, Marquez has reduced his body fat percentage from 31 to 19 percent.

“Paired up with healthier eating habits, both sports have allowed me to remain someone fit.  But crossfit more than marathon running has allowed me to lose weight and be in the best shape of my life,” Marquez said. “Like all things of my life I prioritize things: faith, my wife, my kids and fitness and fitting my ecercise into my schedule, it is a respite from the chores of everyday life.”