Lady Brahmas bring on the heat in league 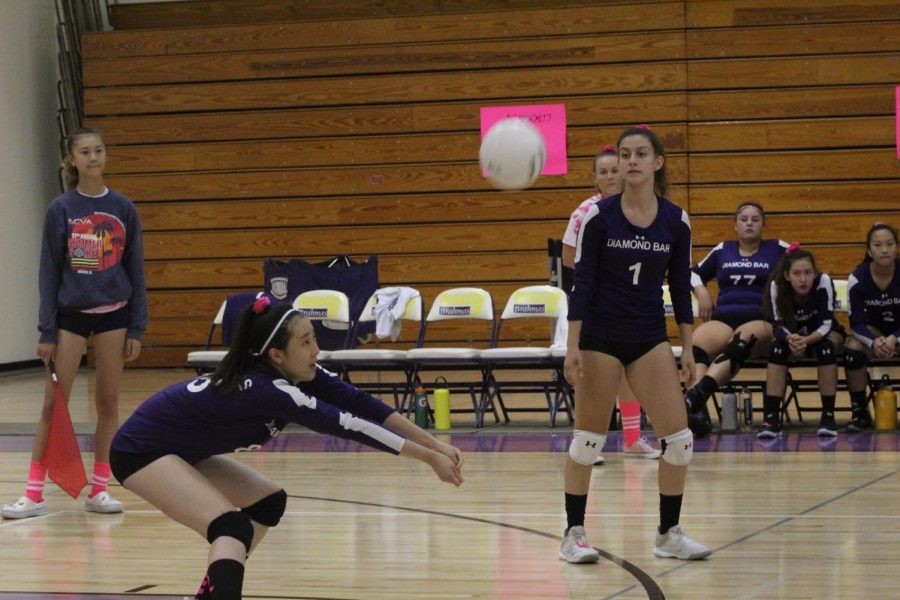 More than halfway into its season, the Diamond Bar High School volleyball team has turned a 180 after a rocky preseason. With a record of 7-2 in the Mt. Baldy League, the Lady Brahmas have their sights on  becoming league champions.

“On the team, I think things have changed for the better when compared to preseason,” senior captain Faith Vasquez said. “We all have a common goal now and understand how to play with one another, which was something our coach had been pushing for us to figure out since the summer.”

The girls won their regular season opener against Chino 3-0 on Sept. 11. The Lady Brahmas’ winning streak continued as the team defeated both Ontario and Chaffey 3-0. The streak ended with  a 3-1 loss to Don Lugo.

Most recently, the team lost against Ontario 2-3  during their annual Dig Pink game, that supports Breast Cancer Awarness. Without the loss, the team would’ve had a straight shot to being first in league.

“The rest of the season, I’m hoping we win every league game to qualify for CIF,” Vasquez said. “I want to beat Don Lugo because they are the only opponent that has proven to be competition for us. We lost to them and I was bothered, so I’m hoping we beat them in three sets when we play again.”

The team also defeated Montclair 3-0. This was an accomplishment, considering that Montclair dominated the Mt. Baldy League last season and has the reputation of having experienced players on their roster.

Along with practicing defense during practice, team captains Vasquez and junior Kailee Skidgel have also made an impact on the team.

“Last year we didn’t know who necessarily ran the court during games,” Humphrey said. “So, it’s good that when we have a problem now we can look to them [Vasquez and Skidgel] during games.”

Even though Vasquez plans on continuing playing volleyball in college, she is hoping to make the rest of her last season memorable.

“This team has taught me that I don’t have to play a game so serious,” Vasquez said. “I’ve learned to have fun on the court with them.”

The team’s next league game will be a rematch against Don Lugo today on enemy territory. If they win the following game they will most likley place first league.