WATER POLO After a rough start, the Brahmas finish their regular season at the top. 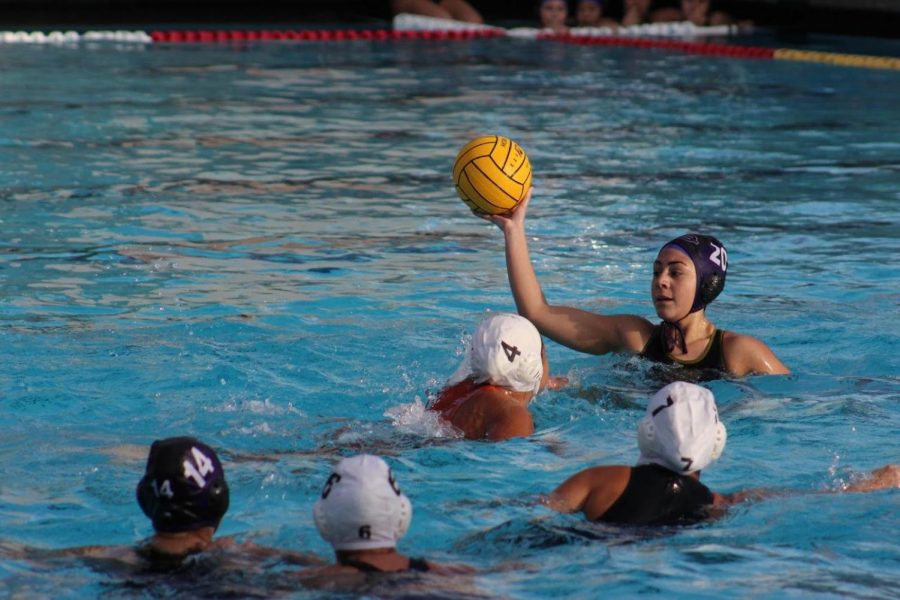 With a league record of 8-1, Diamond Bar High School girls water polo claimed the title as Mt. Baldy co-league champions with Montclair High School and advanced to  the CIF playoffs.

The team made history by becoming the first league champions in the five years the girls water polo program has existed at DBHS. The closest they’ve came to winning a title was in the 2016-2017 season, where they placed third in the Palomares League.

The Lady Brahmas advanced to CIF Division 4 playoffs and competed in the first round on Feb. 5. However, they were thwarted by La Habra, 11-2, which stopped them from moving onto the second round.

“We had a rough beginning [of the season,] but towards the end, we got back into the flow of everything and [got used] to all of the new stuff,” junior Kaylee Robles said. “Even though we lost the first round, it was OK because we played very well.”

Although there was little time to practice for the playoffs between the end of the regular season and beginning of CIF, the team  did its best to compete in the upset loss against La Habra.

“For CIF, we didn’t have [too] much time to prepare, but we realized that the other teams’ stats were similar to ours…so we practiced setting up and [playing] in the way we thought they would play,” Robles said.

Outside of league games, the team competed in scrimmages against Poway and University City, losing 16-6 and 12-6, respectively, but snagged a victory against Academy of Our Lady of Peace 15-7.

In one of DBHS girls water polo’s most successful seasons, the top scorers were seniors Kristina Mariani and Natalie Marron and junior Katelyn Arauz.

According to MaxPreps, the Lady Brahmas scored the most goals in Mt.Baldy, 114.

“We are a new sport and have only been at this school for five years and we wanted to do our best to get to CIF,” Robles said. “We also got a new coach, [Devin Hunter,] so we wanted to show that even with changes we can still work hard and play hard.”