BOYS BASKETBALL The senior filled team went 10-0 in league and placed in the Top 6 in Socal’s D2A. 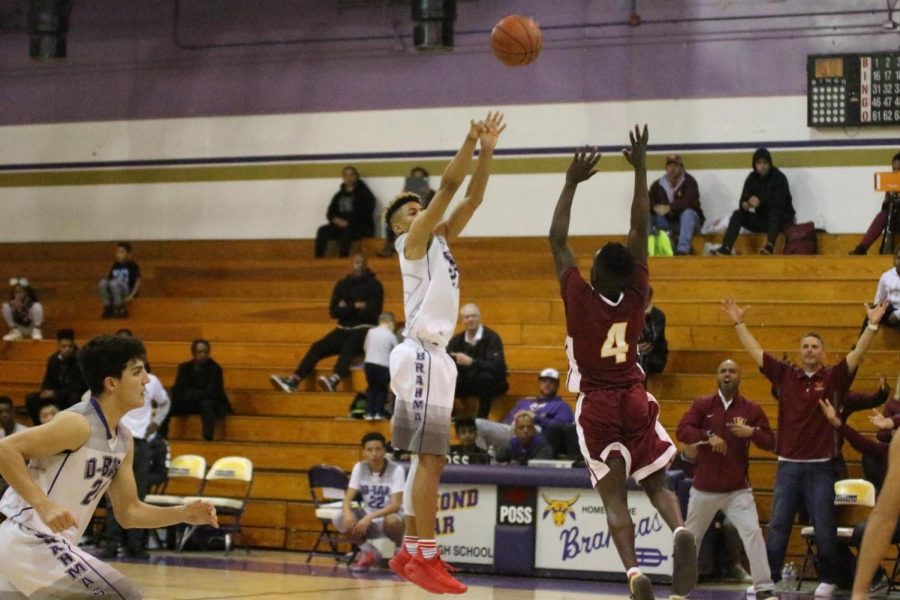 After an undefeated regular season league run, the Brahmas’ reign was stopped short of the CIF Quarterfinals by long time rival Walnut.

The team performed well in all aspects of the game during  the Mt. Baldy League season, as well as in the few tournaments they competed in. As a top 6 team in Socal’s Division 2A, the Brahmas starting lineup contributed a total of 1491 points, 330 assists and 539 rebounds in the regular season.

Including the two CIF games, senior Myles Corey averaged 20.9 points per game off 59.2 percent shooting, as well as 3.3 assists and 2.7 steals. Senior Justin Herrera averaged 6.2 points per game and 3.6 assists.

The team was a force to be reckoned with in Southern California Division 2A, and the improvements to their defense was showcased in the regular season games they played.

“The level of talent that we have on this team is much higher than what we have seen in a long time. They have been playing some really good basketball,” head coach Henry Frierson said.

Their first CIF game against Woodbridge was a great offensive showing for the Brahmas but their defense was lacking.

The ball was evenly distributed around, the boys with 17 assists total in the game. The team was led by senior Gavin Clements, Gao and Corey in their win at home, 76-68.

In contrast to their Woodbridge performance, the Brahmas had a better defensive night against Walnut.

Unfortunately, the game against Walnut was one of the worst shooting nights the boys have had in their season. Like the blackout game, the Brahmas weren’t playing efficiently against the Mustangs.

The only players with points were Corey, Gao and Herrera, and Corey was the only one in double digit points.

Overall, a lack of communication and the misses from good looks at the basket lead to a disappointing end to the boys’ CIF run.

The lost to Walnut marked the end to the team’s final season for most of the roster.

Eleven seniors will be leaving the team including the Brahmas’ entire starting lineup.

Though the team is left with a lot of empty spots and big shoes to fill, Frierson expects his next season to go just as smoothly as this one.

“I’ve been really proud and excited about some of the youngsters that I’ve seen in the CIF [games]. I think next year is going to give us a really good opportunity to show that we really haven’t gone anywhere. All these guys could play basketball,” Frierson said.