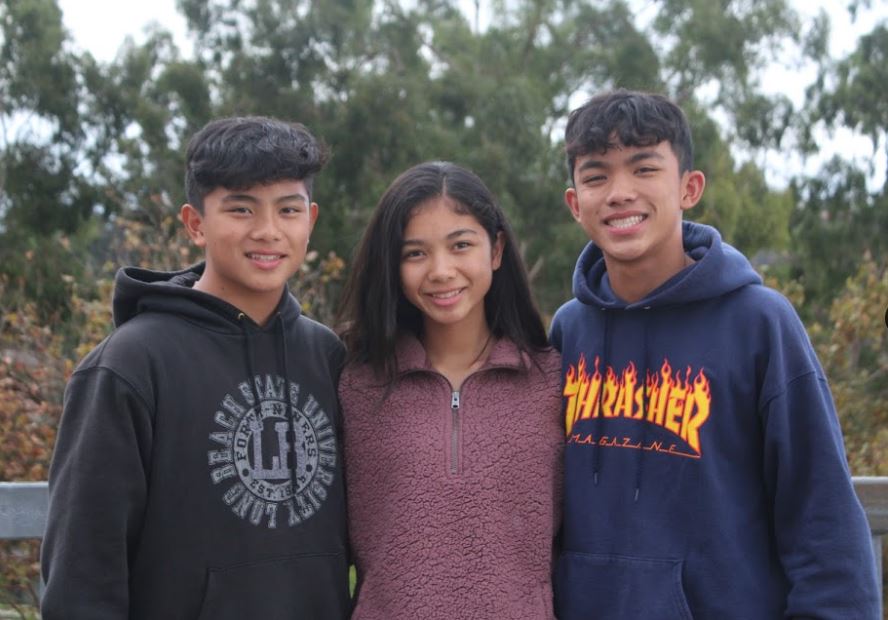 Diamond Bar High School has always had a number of twins among its thousands of students, but this year’s freshman class offers a rarity, triplets.

Chris, Ben and Amanda Holley were all born on Nov.16, 2004, each one minute apart, and share uncanny similarities along with some differences.

“Sometimes we would think of something altogether like the same song,” Amanda said. “Or one time in elementary school, we were all absent for a day and then we all took separate tests and there’s this one fill-in-the-blank question… and we all guess the same answer.”

Having two other twin siblings often can be a  stroke of luck. One time when the Holleys were still babies, Chris and Ben both helped to save their sister’s life.

“One night, I was wrapped up in the blanket and it was covering my mouth so I couldn’t breathe,” Amanda said.

At the same time, Chris hit Ben and by sheer “coincidence,” Ben’s crying woke her parents up to discover that she wasn’t breathing.

The Holleys celebrate their birthdays together, with the same group of friends that they hang out with at school.

“We usually go to a villa and we have separate rooms for the boys and girls, but we all hang out together as one big group,” Ben said.

Although many siblings in the same age group suffer from issues like finding their own individuality or arguing about conflicts,  the Holley’s claim to not face many problems. The only problem they said they occasionally argue over is sharing. For example, Ben and Chris often mix up and accidentally wear each other’s clothes.

The triplets  have their own hobbies and talents. Amanda sings and plays the piano, Ben plays the guitar and Chris plays the drums. In addition, all three siblings engage in  sports; Chris plays tennis, Ben plays soccer and Amanda participates in jazz dance.

“We used to perform for our family members or just for our mom and dad and friends,” Amanda said. “It just helps us bond better.”

The Holleys agreed that the  benefits that they provide each other outweighs the negatives.

“Well, you’re much closer and I could ask them for help on homework and stuff,” Chris said. “And also it’s not boring if you’re an only child you wouldn’t have anyone to play games or hang out with.”