Flags up year-round for colorguard 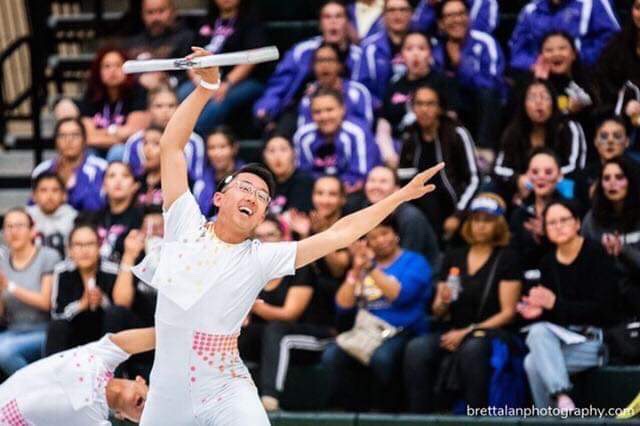 Color guard ranked 14 out of 60 in this year's WGI earlier this month.

The  team advanced  to the semi-finals but failed to qualify for finals. They went into the competition ranked 14 out of 60 teams. They received 23rd place in both the prelims and semi-finals out of the 60 teams.

“In Ohio, I was really proud of how even though we had two performances, we were sleep deprived and it was back to back we [still] killed those performances,” senior varsity captain Brad Chang said. “We walked out of there proud of what we did and the work we put into the season, and it’s something we haven’t felt in a long time.”

Varsity has been to other WGI competitions earlier in the season. They received second place at Bakersfield, fourth place in the power regionals in Las Vegas and third place at WGI regionals in San Diego.

“We went to three regionals and then [using] those scores they rank us versus all the other guards that are going to Ohio and then they place us, so we went into Ohio in 14th place,” senior varsity captain Nia Rae Ignacio said.

Along with performing in WGI competitions, they have also participated in regional competitions. The team took  the title of West Coast Winter Guard Champions after winning first place at all of the WCWG competitions they attended.

This year the show’s theme was CMYK, which stands for cyan, magenta, yellow and black. Their song was “Nemesis” by Benjamin Clementine, which is about treating others the way you want to be treated, and the show revolved around the idea of working together. In the show they portray how the colors work together.

Color guard  rehearses three weekdays, as well as every Saturday when they don’t compete.   One of the team’s challenges was that  over half of the team was new, with only a handful of experienced members.

“This past season compared to all the other seasons was different, but I think we figured out how to work together and we had a successful season because of the way that we just clicked during practices, it was a great season,” junior co-captain Markella Simmons said.