Finding her way into the limelight 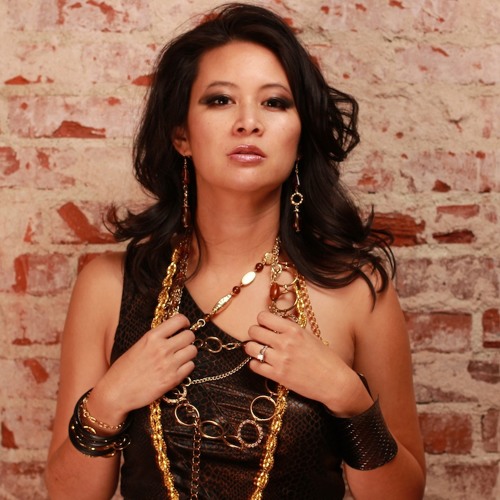 Larissa Lam has made her mark as a singer, songwriter and television host.

Diamond Bar High School class of 1993 alumna Larissa Lam had always imagined  that her future  was in the medical field. But after the high school valedictorian graduated, her career took an unexpected turn toward arts and entertainment.

Growing up with her father, who was a doctor, and volunteering in many hospital clinics, Lam imagined following his  footsteps. However, while volunteering in a medical clinic in her junior year, she realized that the “blood and guts” she saw during her work was not a future she envisioned.

“I [could not] imagine myself doing this for the rest of my life,” Lam said via Messenger. “It wasn’t a good idea for me.”

Deep down, she knew that she wanted to become the music producer and professional songwriter that she is today.

“That may have seemed out of the blue, but honestly, the signs were there early on,” Lam said.

In middle school, Lam had her first taste of the music industry when she set up a small  studio in her room to chase her passion for music, and by the age of 13, Lam said she had written her first song. In the next year, Lam confirmed her new future aspirations, and now her only obstacle was confronting her parents about her life-changing decision.

At first, she said her father was skeptical that Lam would be able to succeed in this new field, telling her that it would be hard to make money as an Asian-American female performer in America.

“The challenge of doing something that hadn’t been done before was exciting to me, and I was determined to take up this challenge,” Lam  said.

Leaving her dreams of medical school behind after her college graduation, Lam began her first job as the chief financial officer of N-SOUL Records, a North Hollywood company that produced  EDM music. (The company is no longer an active label.)

Although Lam originally planned to stay behind the scenes and produce music, a group on the label, Nitro Praise,  was in need of a singer.  After hearing the songwriting demos that she sang and produced, the group  asked her to become the replacement singer.

“I ended up singing with the group for a couple of years while I was helping to run the record label,” she said.

Her journey did not stop there, as her career continued to make unexpected twists and turns. Four years into her music career, just after she had finished her second solo album, Lam was offered a hosting job on the program, “JUCETV.” Her business manager had met someone who ended up referring Lam to the programming director for the show.

“The industry is a lot about who you know,” she said.

Her talk show in JUCETV, “The Top Three,” revolved around faith-based talks for young adults and teens.

The show focused on interviewing different athletes, celebrities, authors and humanitarians, and heavier topics such as suicide and human trafficking were discussed. Episodes were aired internationally on different cable outlets, and audiences even included teens in Africa and Ukraine.

Using her nine years of talk show experience, Lam had the opportunity to compose and produce music for “The Oprah Winfrey Show.”

“I composed music cues for various segments on her show,” Lam said, “If she did a fashion segment, you might hear my music in the background.”

If there was a “sad moment” in the show, Lam would have her “sad piano music” running in the background to deepen the mood. Her music snippets have also been used in other Harpo Production shows, such as “The Dr. Oz Show.”

Years of experience in the entertainment industry also led Lamto becoming a co-host on UTalk Radio, an advice show for young adults that will be launching again soon. She said that hosting television shows and radio talks is one of the favorite parts about her career.

While chasing her songwriting dreams, Lam also became interested in filmmaking and now is currently working on a 70-minute feature length documentary film that is a sequel to “Finding Cleveland,” her first short documentary.

The series uncovers the lost history of the Chinese people in the segregated American South during the Chinese Exclusion Act and revolves around the story of her husband’s grandfather.

“Our goal is to change the way people perceive Asians in American history and redefine what it means to be American,” Lam said.