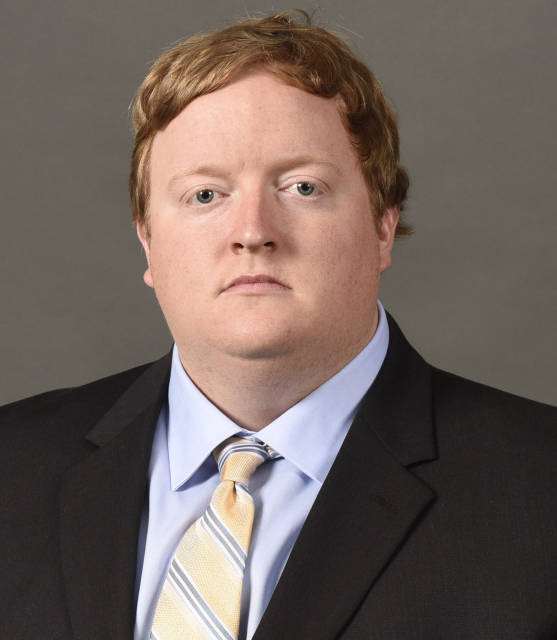 When former New York Giants wide receiver and Super Bowl XLII champion David Tyree went up to the podium to announce the 95th pick of the NFL Draft, he called out the name Oshane Ximines, who became the first player ever to be chosen from  Old Dominion University.

This came to the delight of Diamond Bar High School 2008 alumnus Eric Acciani, who serves as a graduate assistant coach at ODU. After Ximines, Old Dominion wide receiver Travis Fulgham was chosen by the Detroit Lions in the sixth round and three more players from the Virginia school, Jonathan Duhart, Jeremy Cox and Tim Ward, were signed to free agent contracts from various teams.

“Tim Ward and Jeremy Cox both battled with injuries, so it was great to see teams show their faith in them,” Acciani said. “Both of them, along with Jonathan Duhart, have a great chance to stick with their teams long-term.”

During his high school days, Acciani, son of DBHS band director Steve Acciani, was involved in a number of eclectic activities, ranging from playing the trumpet to dominating on the football field. However, as soon as his senior season of football came to a close, he was offered a unique opportunity to pursue a career in the coaching realm.

“After November of 2007, our head coach John Martin asked me if I would join his coaching staff,” Acciani said. “I started coaching right away during the spring semester of my senior year.”

From that moment onwards, Acciani acquired a passion for developing athletes to their full potential. He attended California State University Fullerton to continue coaching the Diamond Bar High School football team in order to gain more experiences at the rudimentary stage.

Even after his years of advising the DBHS football team while studying as a university student, the young coach continued to pursue his dreams outside of Diamond Bar, moving to coach at El Toro High School in Lake Forest for a couple of years. He also spent a year coaching internationally, obtaining a job for the Allgau Comets of the German semi-professional football league.

“Because many of the players had other priorities other than football, you had to change your plan on the spot, even if practice was planned to work on certain things,” Acciani said. “You had to constantly be creative, and this ability to think on my feet has definitely helped my coaching career here [at ODU].”

Dedicated toward finding work in a collegiate level program, Acciani decided to find a coaching job back in America, where he was more familiar with the football system. After sending about  1500 e-mails across the country, he received a response from one of ODU’s coaches, who informed Acciani that a spot was open in their school’s football program.

“My experience as an offensive coordinator in Europe and as a high school coach was appealing to ODU,” Acciani said. “I wanted them to remember me for that open spot.”

Once he received the job, Acciani was in awe with the history of ODU. Having one of the top offenses in college football history, the school was a perfect fit for what he envisioned as a coach, since his philosophy was primarily offense-oriented.

Now in his fourth year of coaching at the university, the experienced coach continues to enjoy his job training the offensive linemen and tight ends of the team. He instructs these players on specific formations in the offensive playbooks and is flexible with the plays during real games.

“During games, you feel a mix of nerves, excitement, anxiety, all types of emotions,” Acciani said. “Whatever job you have at a given time, you have to lock in and focus solely on your role in the team, whether it be on offense, defense, or special teams.”

Although he has already coached for over a decade, this is just the beginning for Acciani.

“I started off as a volunteer because that was my only chance to coach collegiately,” Accaini said. “From there, I’ve worked my way up and hope to continue rising in the profession.”