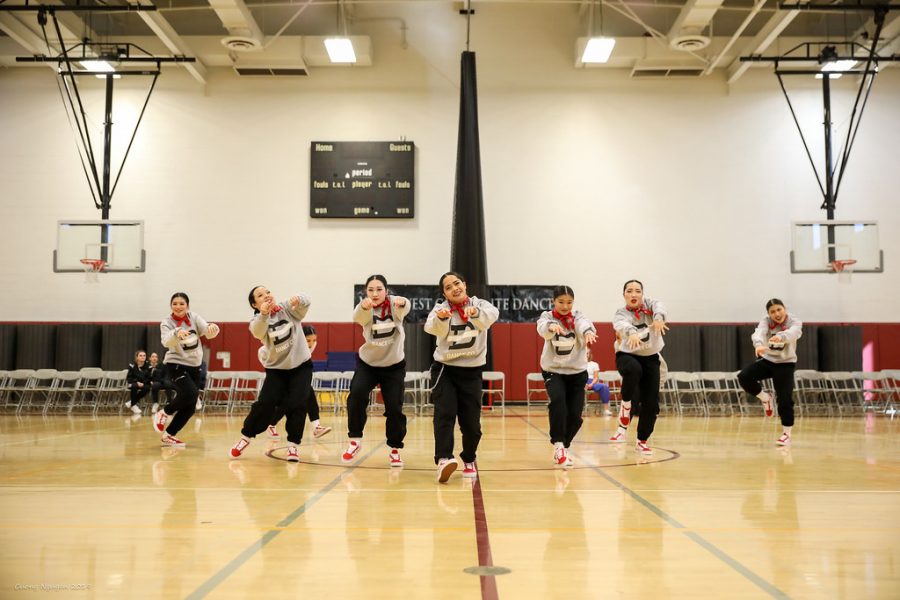 The Diamond Bar High School Dance Company, known for consistently scoring high in competitions, kicked off the season with a strong start despite multiple difficulties.

The team competed against 31 schools at the West Coast Elite Anaheim regionals on Feb. 9.

“Each team did things their way and just observing and learning their style and how they executed their movement was very interesting to watch,” senior Hersh Doshi said. “Just being in a place where there are so many others who share the same passion for dance also brought out a lot of positive energy.”

“Our first dance, the music cut out and the dancers continued to dance. All the audience sang the song, and they ended up placing second [for Extra Small] which is amazing,” company director Kari Simonson said. “It goes to show their level of training, and the good coaching, and again—their commitment to each other.”

The dance team’s performance remained unaffected by this mishap throughout the rest of the day, and they continued on to place third in the Grand Championships.

“Achieving third place grand champions was definitely very shocking, not because I did not believe that our team was deserving of it, but because as results were announced there were so many other qualifying teams,” Doshi said. “But it was definitely a great surprise and a great way to start off the competition season.”

In addition to the group performances, senior Avery Maroj participated in the soloist competitions. She placed third for her grade level and as a solo finalist.

This competition is only the first of the season in one of two circuits. On March 15-16, Dance Company will be attending the WCE Dance Nationals for the third year in a row.

In March, the DBHS dance team will also be competing in a different circuit–the California Association of Dance/Drill Team Directors–at the Woodbridge Dance Celebration on March 2 and at the State Championships on March 23-24.

To prepare for these upcoming competitions, the team has been practicing 16 hours each week since August and plans to implement ideas suggested by competition judges into their practice routines.

“We just continue to improve and improve every week from timing, to performance quality and confidence,” Simonson said. “It’s a continual progression of improving.”