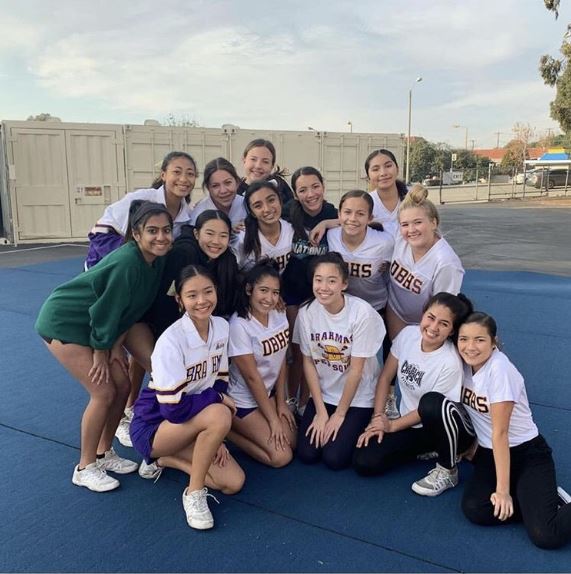 Fighting through setbacks, the Diamond Bar High School cheer team flipped through frustrations and came out on top in their only competition this year. Competing in the CIF cheer state competitions on January 12, varsity cheer made it to the Top 8 category among 15 other teams from  California, placing sixth overall.

The adviser at the time, Kari Simonson, said that CIF was mandatory and took priority over regionals taking place the same day.  This meant they couldn’t compete for nationals.

“I felt that we did incredibly well [in CIF] considering that we had to change our routine three days before due to my injury,” sophomore Brianna Hernandez said.

Four days before the competition, Hernandez fell doing a stunt during practice and injured her foot. Unsure whether she would be able to compete on Saturday, the coaches thought it would be best to adjust the routine without her. She was cleared and put back into the routine.

“However, with changing the routine three times just days before competition it was incredible that we managed to beat over half the competition and place in the Top 8 percentile, learning how to quickly adapt due to the numerous injuries that we had to overcome,” Hernandez said.

Throughout the season, the team dealt with both the lack of participation and numerous injuries. Most of the seniors were unable to compete due to injuries that they received during their practices. Junior Jennifer Nie said that because of this, the team became more tight knit, learned new stunts and work better under pressure.

The cheer team is in the process of getting new pep coaches after Kari Simonson left the sport this year.

“I think next year will be a year of perfection,” sophomore Brianna Hernandez said. “This year was mostly just a learning year and now we understand what works in our program and what doesn’t.”