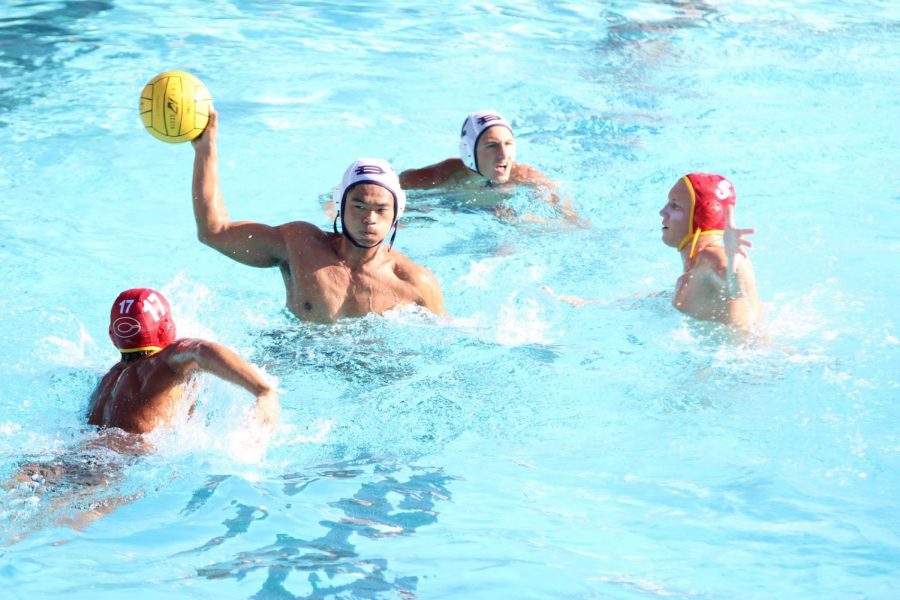 Although they struggled during the preseason, the Diamond Bar High School boys water polo team regained its momentum as they emerged victorious in its first two league games.

This past Saturday, they faced two non league games against Segerstrom and Temescal Canyon. Featuring an extremely close game that led to the score being tied up until the last minute of the last quarter, the Brahmas’ defensive mistake during such a critical time resulted in Segerstrom scoring two goals, sealing the game 13-11. On the contrary, the Brahmas began the game against Temescal Canyon trailing by five, resulting in a loss 15-12 due to their inability to atone for the shortfall.

The team’s 3-1 record at the fifth annual Bull Run tournament on Sept. 21 resulted in a second-place finish, with wins against Brea Olinda, Long Beach Poly and San Dimas. During the game against Corona on Sept. 24, the Brahmas dominated the first half but were unable to recover from several defensive mistakes and lost to the Panthers by one point.

The last preseason game on Sept. 26 against Glendale followed a similar pattern, with Brahmas giving up an early lead and struggling to make up for the deficit in the last quarter, resulting in a 12-10 loss.

“Although we expected to win, we didn’t really adapt to the strengths nor did we take advantage of the weaknesses the opposing teams had,” senior captain Daniel Stahly said. “I felt that our communication was lacking, so we were unable to achieve our original expectations.”

The team played their first league game of the season against Montclair on Sept. 30, demolishing the Cavaliers 19-3. The game against Chino last Wednesday also concluded in another blowout, with the Brahmas triumphing 25-2.

“Yes, it is our first win in league, yes, we destroyed them, but we already knew that we would crush them, so beating [the teams] wasn’t really an accomplishment,” the other senior captain Nick King said. “We still have a lot of work to do if we want to go for CIF championships or even league championships.”

Looking back at the season thus far, both captains concurred there could be significant improvements in communication as well as cohesion among teammates, but the team has  capitalized on the impressive performance by offensive players.

“Things that we really need to work on is getting back on defense and adjusting to the other team’s strengths and weaknesses,” Stahly said.

The team will face Chaffey in an away game today.