An unexpected row for victory 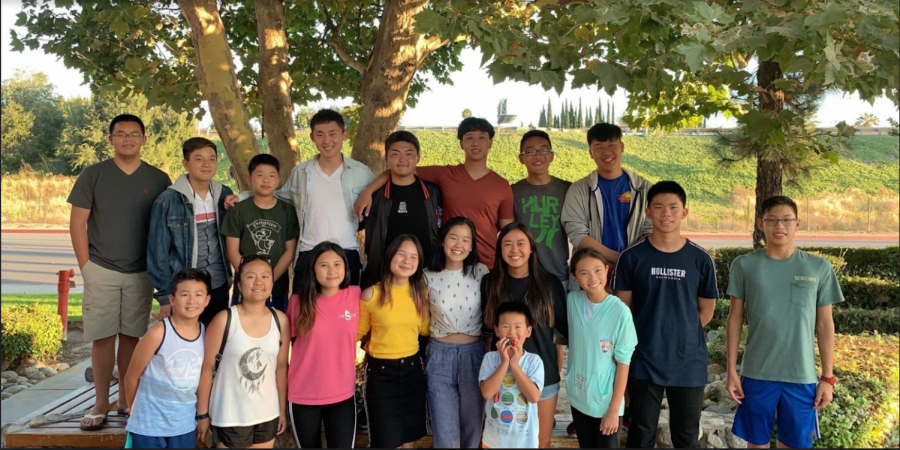 Imagine burning under the sun, adrenaline rushing through your body while you’re trying to concentrate on the persistent beat of a drum. Welcome to the annual Long Beach Dragon Boat Festival, held July 28, featuring hundreds of teams made up of people of all ages to race for bragging rights and glory.

This 23-year-old event features a tournament style bracket, where teams are placed based upon the speed they earn in the preliminary rounds. The races are normally two to three minutes long, and 500 meters in length.

In this sport, a team usually consists of paddlers who work in tandem with a drummer, who is responsible for creating a pulsating rhythm that stabilizes the rowers’ synchronization. There is also a steerer at the end of the boat who determines the direction of the fleet.

Over the break, several Diamond Bar High School students created a summer squad that practiced every Sunday. Despite not having  high expectations, the team  made it to the podium, earning third place in the competition.

“We always had a bit of struggle when trying to get everyone coordinated,” senior captain Justin Lin said. “Another thing we had trouble with was the lack of people that had attended each practice, so we weren’t expecting to medal.”

Along with Lin, junior captain Ethan Ho, senior Charlotte Tu and fifteen other teenagers participated in this event, competing as the Confucius Chinese Language School team, otherwise known as CCLS.

One major obstacle the team faced was recruiting enough members. Due to the conflicts in commuting to Long Beach for every practice, CCLS began with only eight committed members out of the required eighteen.

“As captain of the team this year, I would say recruitment was my greatest achievement,” Ho said. “Because the event was during mid-summer, it was tough to recruit returning members because they already had planned vacations.”

Moreover, CCLS did not face ordinary competition. While most of the team’s members were first-time participants who had limited practice, the squad encountered other teams that had more experience under their belts.

“Being the only six-week team, we were participating with all year-round competitors,” Tu said. “For a team that had poor attendance but placed third against formidable opponents, I thought that was really impressive.”

Once CCLS found a full team to practice with, the committed participants further enjoyed their experience.

“It is mixed feelings of fear, adrenaline, and also a sense of excitement because the competition embodies the worth of all your training,” Ho said. “You also have that slight nervousness because it’s a race.”

Although the team is losing some valuable members to college, CCLS believes that they can replicate, or even improve, their results in the following summer.

“Because there weren’t as many graduating seniors this year, we’ll have a bigger returning team if the same people commit next year,” Tu said. “Although every year varies and there are a lot of factors to account for, we attempt to try our best with everything that we have.”