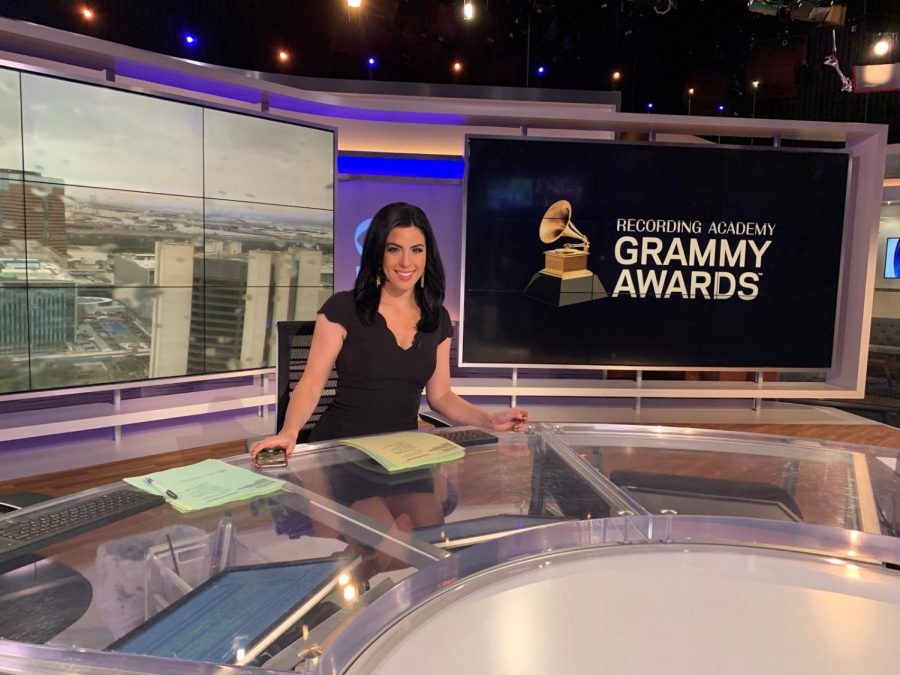 Taking in the world of news

Breaking news! Sara Donchey is coming to you live from KCBS Los Angeles to bring you the latest stories from across the country.

The Diamond Bar High School class of  2007 alumna has taken her love of journalism to television as a reporter and anchor. Donchey can be seen reporting stories such as the recent  announcement that “Jeopardy” host Alex Trebek has been diagnosed with pancreatic cancer.

While Donchey has only been working at KCBS for around a month, she previously  served as an anchor for KPRC in Houston for three years starting in 2015.  She was first introduced to the idea of becoming a news anchor when she worked as a production assistant for KPIX in San Francisco right after she graduated from college.

Donchey’s responsibilities differ from reporting in the field to anchoring at the studio. She starts her work day at 3 p.m. and often doesn’t end until  around midnight. Donchey serves as the  weekend anchor for the 5 to 6 p.m. KCBS news.

“I have to pitch stories, meaning I have to be plugged in to the community around me, see what might be going on and present those ideas to the producers,” Donchey said. “I have to write my own stories, conduct interviews [and] I have to proofread a lot of scripts, it’s a lot of different things.”

Donchey did not always plan on becoming an anchor but she had always shown an interest for writing, which she developed during her time at DBHS.

“I remember taking an English class with Mr. Wells. I really enjoyed his class and I loved to read and I loved to write,” Donchey said. “I think that helped me to eventually study journalism.”

Through her positive experience at DBHS and interest in journalism, Donchey went on to  study print and online journalism at San Francisco State University. Shortly after graduating, she met a reporter who worked in broadcasting and encouraged her to go into the field.

Soon after this chance encounter, Donchey was hired  as a production assistant. This experience helped her to learn more about the industry and get a feel for whether or not she wanted to advance in this career.  In 2013, she landed a job as a reporter and news anchor for KRIS and KZVT in Corpus Christi, Texas.

“Being on TV is fun, [but] it can be challenging [since] all kinds of people see you and your mistakes,” Donchey said. “Sometimes that’s difficult, but I think it’s important to make mistakes and embrace them. It’s hard to do that on television, but I still really enjoy it.”

Donchey’s interest in meeting people and forming connections with them also motivated her to take on the career. She did not want a typical job with a monotonous daily routine. As an anchor and reporter, she could experience something different everyday.

“I really took interest in meeting all kinds of people from all kinds of places and listening to the stories that they have to tell.  You get to experience life through somebody else’s eyes and I find that to be really interesting,” Donchey said.

Among her many responsibilities as an anchor, Donchey is proudest of her role in covering disasters and crises. When disasters strike, people often turn to the news for vital information updates.

“When I covered Hurricane Harvey in Houston, I think that experience was extremely humbling because people really needed that information to survive, and we were able to help them with that,” Donchey said.

As a Brahma who has achieved success in her career, Donchey has several pieces of advice to pass down to current high school students.

“Approach school not only looking to get a good grade but to actually absorb and take everything in. All of the stuff that you learn when you’re younger, you will use as a platform for when you go to college and eventually in your career and life,” Donchey said. 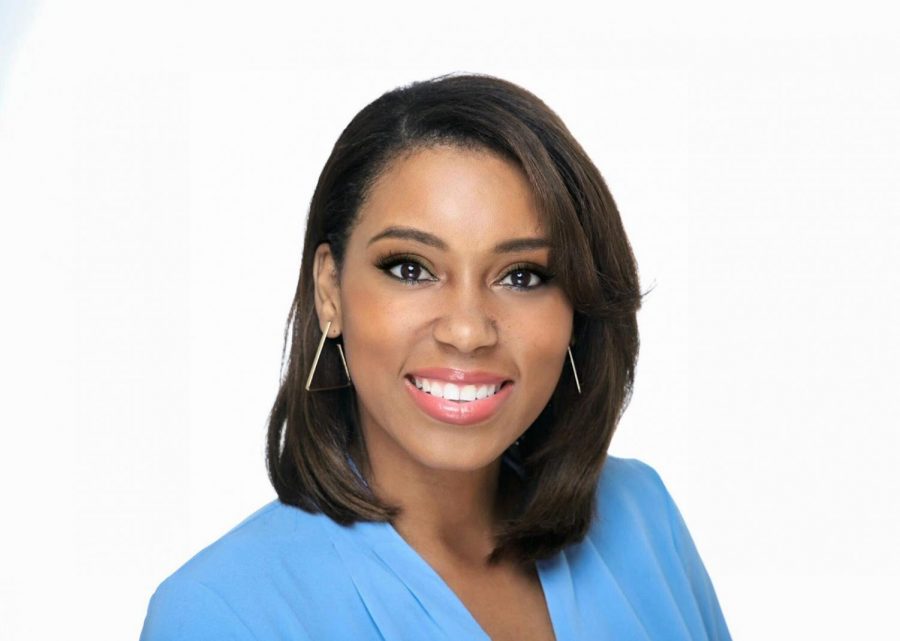 As a snow blizzard covered the sea of attendees at Sen. Amy Klobuchar’s presidential candidacy announcement in Minnesota, Rachel Scott stood bundled behind her camera equipment, bringing the latest news of the 2020 presidential election to the viewers of ABC News.

From interviewing Oprah Winfrey to covering the Munich Security Conference with Vice President Mike Pence, the Emmy Award-winning journalist has stepped into the national spotlight reporting on top news across the world.

Scott, a Diamond Bar High School class of 2011 alumna, has been working with ABC News for three years as a reporter and producer, covering everything from the 2020 presidential election to the devastation after the recent Alabama tornadoes. Her job involves not only reporting on camera, but also shooting, editing and writing for ABC’s broadcast, digital and radio platforms.

“Covering the White House and the 2020 election, I have the privilege of having a front row seat to history,” Scott said via email. “I also have the incredible opportunity of sharing others’ stories with the world. Whether it’s interviewing a Holocaust survivor, a family trying to rebuild after a deadly tornado or a veteran who lost both of his legs in war–it’s a privilege to be able to share their stories. Their stories stick with you, long after you leave.”

Even as a child, Scott always saw herself as someone who “had a very inquisitive personality” and “was skeptical of every story.” Years after interrogating her mother about Santa Claus’s legitimacy when she was eight years old, Scott continued developing her journalistic skills at DBHS. There, she developed a love for public speaking with her responsibilities as the vice president of the USB.

“I didn’t realize it then, but that high school experience began building a foundation for the career I now have,” Scott said. “It taught me how to connect with people, how to write scripts in a conversational tone and how to be comfortable speaking in front of large groups of people.”

Scott planned to continue her journey at her dream school, USC, after graduating from DBHS. Yet, her dreams were cut short when she received a rejection letter in the mail.

“I was completely devastated – I spent many days crying to my counselor Mrs. Burns and to Mrs. Norys,” Scott said. “But what I thought was my biggest failure turned out to be my biggest blessing.”

Filled with newfound motivation, Scott attended UC Irvine for a year until she successfully transferred to USC as a Broadcast and Digital Journalism major in her sophomore year where she worked as a reporter, anchor and executive producer in the USC student newsroom. During this time, Scott also landed a three-year-fellowship with CBS News—and an eventual job as a freelance writer there—through the Emma Bowen Foundation and interned with CNN in New York City. Scott was hired at ABC after graduating from USC.

“I’m so grateful to have a lot of ‘pinch me’ moments where I’m doing things I’ve always dreamed of like interviewing my role model Oprah Winfrey, reporting live on national television for ABC’s special coverage of the eclipse and covering presidential candidates,” Scott said.

Last year, Scott received a Daytime Emmy Award as part of  the “Good Morning America” team and an Emmy nomination for her work reporting on the “Great American Eclipse.”

Scott has also traveled to Europe with the vice president to cover the Munich Security Conference—an annual conference on international security policy—in Germany and the Warsaw Summit—a meeting with global government leaders—in Poland. Additionally, she has traveled around the country to cover presidential candidates Sen. Cory Booker, Sen. Kamala Harris and Sen. Amy Klobuchar as the ABC White House reporter. Outside of politics, Scott has been on the red carpet reporting on famous Hollywood award shows like the Grammys and Oscars.

Scott credits the foundational skills behind her success to her time at DBHS.

“DBHS taught me leadership and perseverance – skills that carried me throughout college and my career thus far,” Scott said. “At DBHS, you are lucky enough to be surrounded by the most well rounded students who inspire you to give your best – and the most encouraging faculty who remind you to dream bigger. Have faith that as long as you continue to do your best, it will all work out.”