A peek inside the giant peach 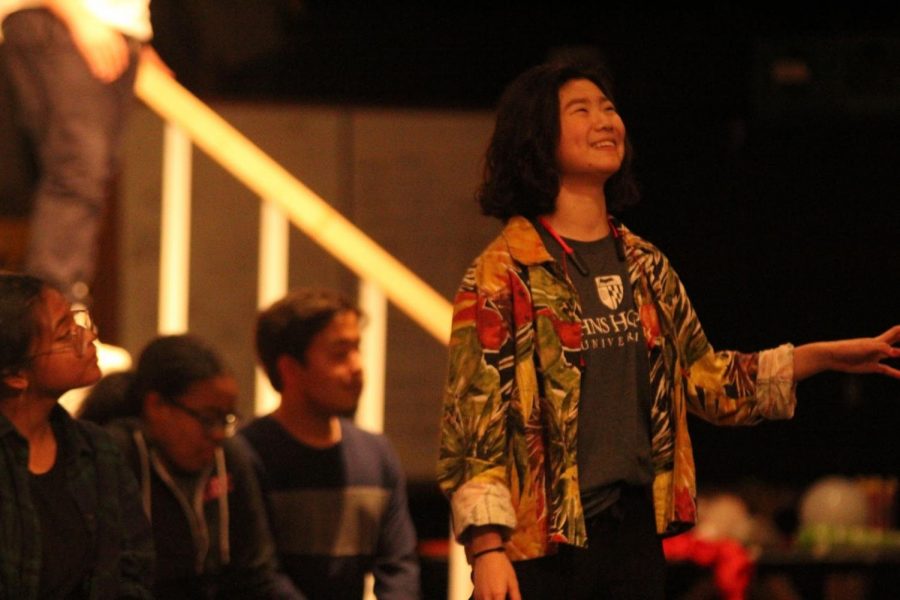 Diamond Bar High School drama will be bringing a children’s classic to life as it prepares for the annual spring musical.

The department will be taking the stage in the spring  musical “James and the Giant Peach,” based on Roald Dahl’s 1961 children’s novel. After their comedic performance of “Suite Surrender” at the beginning of the school year, the cast is getting ready for a more heartfelt presentation later this month.

“For this show we really liked it because it’s a new show based on the Roald Dahl book, but it’s written by the authors [whose credits include]  “La La Land,” “The Greatest Showman” and “Dear Evan Hansen” who are Steve Lavensen and Benj Pasek,” drama teacher Jared Kaitz said. “We love the music, we love the story and it’s something we haven’t done before.”

The musical is about an orphan named James who is sent to live with his two cruel aunts after the death of his parents. He  escapes from his aunts after discovering an enormous enchanted peach and befriending its insects inhabitants. The musical will include two casts,  starring freshmen Gabriela Jones as the purple cast James and Gavin Prudencio as the gold cast James.

“What I really want the audience to get from this performance is for them to understand the moral of the story,” sophomore Grace Thomas, who plays Earthworm, said. “That family and friends come in all different shapes and sizes. People who are your real family are people who respect you and love you.”

Despite the fact that the role of James is played by freshmen, junior Katherine Wirth said that they admire Jones and Prudencio’s ability to play the part despite their lack of experience.

“Some of the freshmen have been really excited and eager, while some of them don’t take it as seriously and it messes everyone else up,” sophomore ensemble member Diego Tamayo said. “But the two freshmen playing the lead have been putting in the effort which is good to see.”

Thomas said that the goal is to make the audience feel more included during the musical, including  performing scenes while in the aisles.

“We want it to be a fun experience for those coming to see us perform, and we are doing something different by making the performance interactive with the audience,” junior Katherine Wirth, who plays Ladahlord for the purple cast, said.

“I think this performance has gotten me to accept that it doesn’t all rely on you, and that sometimes you have to go out of your shoes and really try to work with other people too,” Tamayo said.