A future in focus 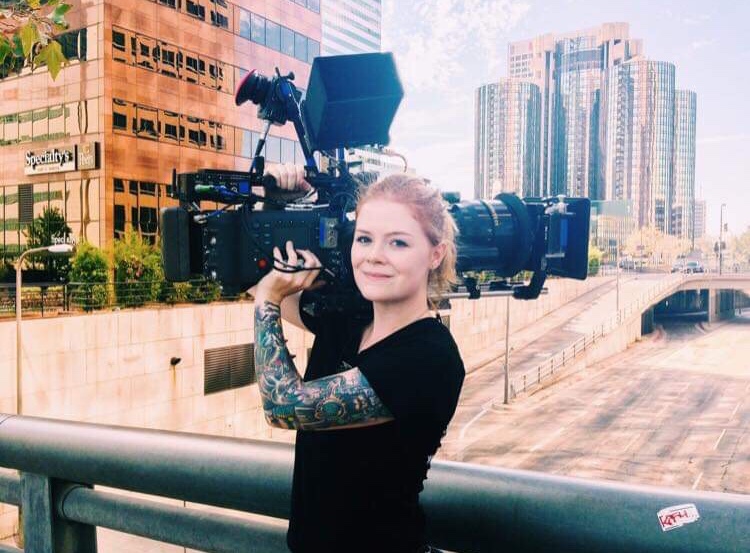 Since she graduated from Diamond Bar High School in 2011, Jessyca Harrison has been pursuing her dream of working in the entertainment industry.

Mostly working as a second assistant cameraman, Harrison has worked on such television series as “Pretty Little Liars” and “American Crime Story.” Her job is to keep the entire camera department operating smoothly by managing every piece of gear, planning ahead for camera needs and help in the hiring of the camera crew. She also assists the first assistant cameraman with camera positioning, lens changes, battery changes and film loading.

The process to getting the job as an AC was definitely not easy, according to Harrison.

“I faked it until I made it,” Harrison said via email. “Every opportunity that was presented to me, whether it be something easy or something hard, I accepted it. I worked so hard, doing free jobs, favor jobs, absolutely terrible jobs just to get experience.”

Harrison has also been part of the crew for feature films, “20th Century

According to Harrison, she was inspired to pursue a career in the film industry while learning about the production for the “Lord of the Rings” trilogy.

“The locations, effects and production value of those films really sparked my need to be creative and make a living in the business,” Harrison said.

During Harrison’s time at DBHS, she took the Digital Video Production class for a few years, which she said solidified her desire to make movies for a living. She used her basic knowledge of editing and set skills to jump start her career.

After graduating from DBHS, Harrison attended the 18-month program at Los Angeles Film School, graduating with an Associate of Arts degree in 2013.

In college, she applied for production assistant jobs following her professors’ suggestions. However, she did not receive any responses for job offerings.

During a trip to lighting company, Mole Richardson, Harrison met the owner, who invited her to meet some student filmmakers at the American Film Institute.

“They asked if I could ‘second AC’ on their school projects,” Harrison said. “Though I had no clue what a second did, I said yes. There, they taught me some of the basic duties of my job.”

Since then, she has received job offers for several TV series, feature films, short films and movies. She is currently the second AC for the TV series “Weird City.”

Two months ago, Harrison came to DBHS to talk to the Pathways Academy students about her journey into the industry and the steps she took to achieve her goals. She advised students who aspire to join the competitive entertainment industry to be diligent.

“Never give up, work so insanely hard and know that you will have to make a lot of sacrifices to get ahead in this crazy business,” Harrison said.