15 seconds of fame for Brahmas 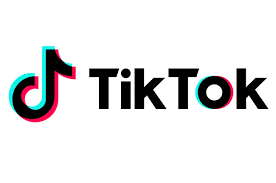 A year before Vine shut down in 2015, the video sharing app Musical.ly began to grow in popularity among young audiences internationally. It later merged with TikTok but still retains its original purpose: helping users become noticed, including several Diamond Bar High School students.

TikTok allows its users to post videos up to 15 seconds long, containing original content or “sounds”: music or audio that is played in the background from others’ videos. Content on the app ranges from skits and lip-syncs to duets with other users.

Sophomores Hugh Vo and Christian Gonzalez teamed up to create their account @vogoshorts last November, which has garnered over 6,000 followers, because they said the app looked fun. On their account, viewers can watch their skits, featuring hits like “WiFi,” which is about kids who would rather stay indoors than head outside, and dances to remixes of songs, including a clip of Gonzalez dancing to a remix of the Barney theme song.

“It’s a lot of trial and error; some stuff you make is pretty good but it doesn’t get popular like some stuff does,” Vo said.

Junior Jordan Reyes also started his account, @jordanlrey, in November after watching many TikTok videos on Instagram. His account, which has 778 followers and 20 videos, features him dancing or playing parodies of songs on the guitar.

Reyes’ most popular video features him participating in a handshake challenge that is typically done with others, but Reyes performed by himself.

“I decided to start the account because I thought…I could entertain other people that are also using the app,” Reyes said.

Under her username @ashleyboyz, sophomore Ashley Yeh creates dark-humored comedy skits. She started her account in December and overall feels she has had a positive experience on the app.

Her most popular video, which accumulated around 2.5 million views and 328,800 likes, was a duet between her and another user, @itsselmo, in which Yeh filmed herself spitting water since she found the user attractive.

“I think there’s a lot of negativity and hate on TikTok sometimes, but I haven’t received much of that,” Yeh said. “I’ve received better comments like ‘that was so funny, that made my day,’ but I’ve definitely seen some mean comments on videos but that hasn’t happened to me yet.”