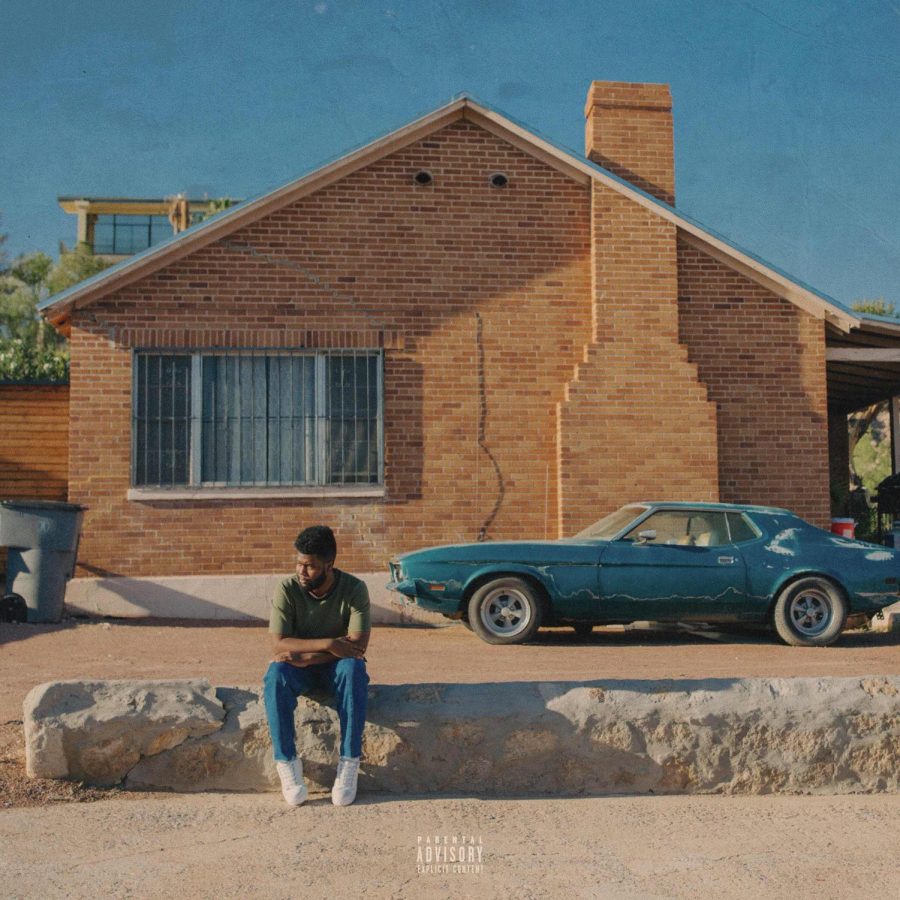 More than a  year after his debut studio album “American Teen,” R&B singer Khalid has released “Suncity,” an extended play composed of seven tracks. In this EP, Khalid shows that he has matured since the teenage theme of his last album, both in terms of vocals and lyrics, but not without losing some of the relatability of his music.

Though it has seven tracks,  “Suncity” really only includes five new songs, as “9.13” is an intro and “Salem’s Interlude” is a brief interlude, both involving spoken words set to music. The former briefly references the Texas town that Khalid moved to in high school, while the latter discusses fear and success.

Khalid explores being more transparent through his lyrics in “Vertigo,” with multiple lines asking rhetorical questions that sound like a stream of consciousness. The dreamlike effervescent sound and slow beat matches lyrics such as “I go blurry when I’m thinking/ Is it me or vertigo?” and “Are we alive? Or are we dreaming?,” as Khalid’s voice melts into the instrumentation, sometimes to the point where it was hard to tell what he was saying.

“Saturday Nights” starts off with solo guitar, with Khalid singing about the things he and his love interest do without their parents knowing. This is my favorite song from the EP, as it had the best lyrics and also displays Khalid’s most energetic and emotional vocal performance. This song sounded like something from “American Teen,” with a theme similar to “8TEEN” and a tempo resembling “Saved.”

The song “Motion” is slow-paced and lacks momentum. It’s  the most boring out of all of the songs– it would be good background music to set a chill mood, but failed to keep me engaged on its own. Unlike some of the much more personal and descriptive lyrics found in “American Teen,” this song incorporates general lines like “I’m in love with the moment.”

In “Better,” Khalid sings about his experiences when he is alone with his partner, with lines such as, “You say we’re just friends but I swear when nobody’s around/ You keep my hand around your neck, we connect, are you feeling it now?” Though the lyrics become  repetitive by the end of the song, Khalid’s soothing vocals and a catchy beat are enough to keep this song enjoyable as a whole.

The EP ends with “Suncity,” a collaboration with Empress Of involving both of them singing in Spanish. One of the catchier tracks of the lot, “Suncity” shows that Khalid seems comfortable entertaining listeners when singing alongside another artist, which makes sense given that he’s done a fair share of collaborations recently.

None of the songs is  particularly distasteful, but none of them stand  out in the same way as some of the tracks in his previous album did. This might be a matter of my personal preference– one of the best things about “American Teen” is  that, as an American teen, I find the songs highly relatable. Though I didn’t connect to these new songs as much, there’s no denying that Khalid demonstrates vocal maturity in “Suncity” and has a prosperous  career ahead of him.